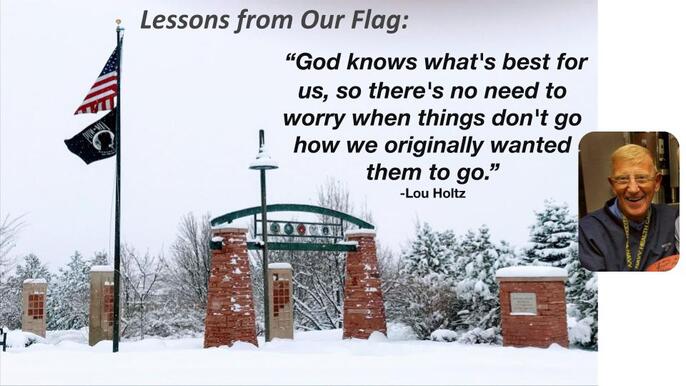 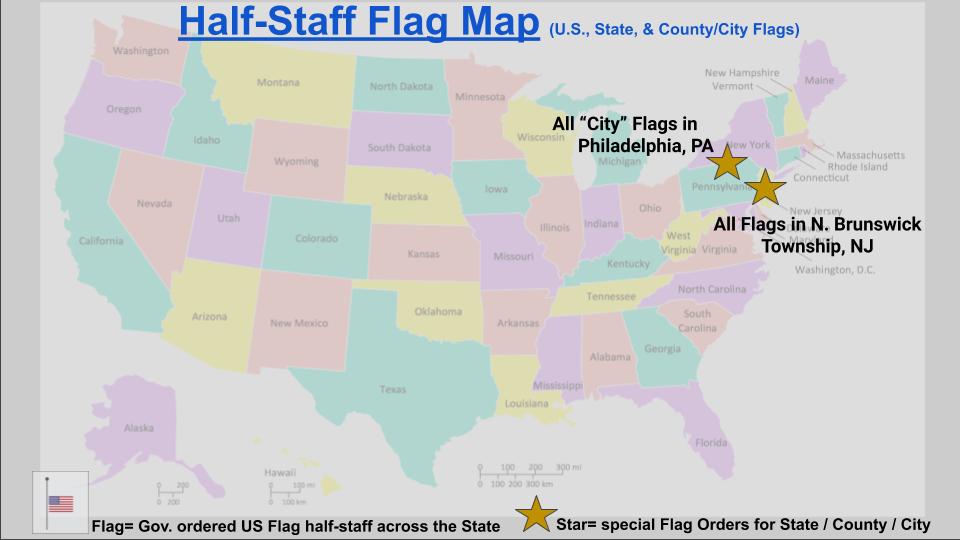 [ SCROLL to bottom of page to see details, including pics, of all half-staff honorees ]
And, GO HERE to see compare other half-staff services to Flag Steward's accuracy and completeness
​Today's Moment to Remember
Today is a Half-Staff alert only day.  Scroll down for the half-staff honoree tributes with pictures and details.
Half-Staff Alerts & Honorees for March 19

All Flags in North Brunswick Township, New Jersey (NJ: Mar. 17 - 20):  North Brunswick Township's council, assumedly with the authority and approval of the NJ Governor, ordered all Flags at Township facilities to half-staff on Tue., Mar. 17 until sunset on Fri., Mar. 20, to honor former Township Councilman Robert Corbin.  CLICK HERE to read about the Flag order.

All City Flags in Philadephia (PA: on Mar. 13 - Apr. 11):  Philadelphia's Mayor ordered "all city flags" (which does not include the US or State Flag) to half-staff for 30 days, starting immediately on Fri., Mar. 13 until sunset on Apr. 11, to honor Philadelphia SWAT Corporal James O’Connor, who was killed in a shooting Friday, March 13, 2020.  CLICK HERE to read the Flag order.  [NOTE: Due to the simultaneous statewide half-staff of all State Flags on Sat., Mar. 14 to honor the burial of former state Audior General Don Bailey, the Philly City Flags won't be half-staff alone honor Officer O'Connor until Sunday]
Upcoming Half-Staffs
In GA, MI, MO, & OK for recently fallen patriots (military, police, & fire) = following Governors' websites for flag orders

All State/Commonwealth Flags across PENNSYLVANIA (PA: on Mar. 13 and TBD):  PA Governor ordered all Commonwealth (State) Flags across Pennsylvania to half-staff, immediately on Fri., Mar. 13 (announced late in afternoon at approx. 4pm EST), and again on the date of his interment (which has been postponed because of the coronavirus outbreak), to honor Philadelphia SWAT Corporal James O’Connor, who was killed in a shooting Friday, March 13, 2020.  CLICK HERE to read the Flag order.
There will NOT be any Pre-Pledge Tributes until the end of March, at the earliest.  We are re-working the tributes to improve the student experience.
If you are interested, please, CLICK HERE to fill-in our Pre-Pledge Tribute user survey.