[Note:  Before starting this ceremony, CLICK HERE TO CHECK TODAY'S FLAG STATUS.  If your state is at half-staff, memorize the honoree's name and job/position, so you can say it within today's pre-Anthem ceremony script below.  We recommend that you read aloud, in the best performance voice you have, all the ceremony text with 2 exceptions: 1) do not read caption text below pictures,  and 2) do not read any text with [brackets] around it.]
Good morning, ___(insert name of location - like "Vista High")___
Welcome to this week's
Beacon of Honor
Pre-Pledge Tribute
[for the week of July 16 to July 22, 2017]
[Note:  You're welcome to play 'America the Beautiful', performed by the U.S. Army Field Band, in the background to enhance today's ceremony experience]
​
'Beacon of Honor - Awakens Our Flag' ... to Inform and Inspire Citizens 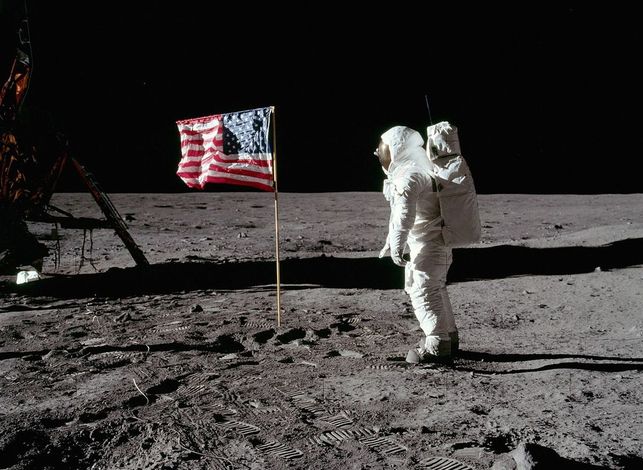 Pre-Pledge History teaser: During this week in 1969, the first humans walked on the moon. Who were they? [public domain image from NASA]
​
TODAY'S FLAG STATUS: 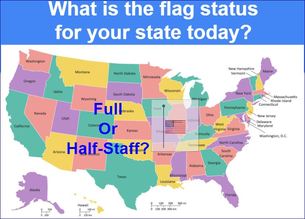 ​In our state, the Stars and Stripes files at ___(say "full" or "half")___ staff today.
[End it here or read the following sentence if there is a half-staff in your state today]
[Optional - only say if your state is at half-staff today:]
[The half-staff in our state is to honor ___(say full name of honoree)___ who served as a ___(say public servant job / position - such as firefighter, state representative, etc.)___ for our state.]
​
​​
​THIS WEEK'S PRE-PLEDGE TRIBUTE: 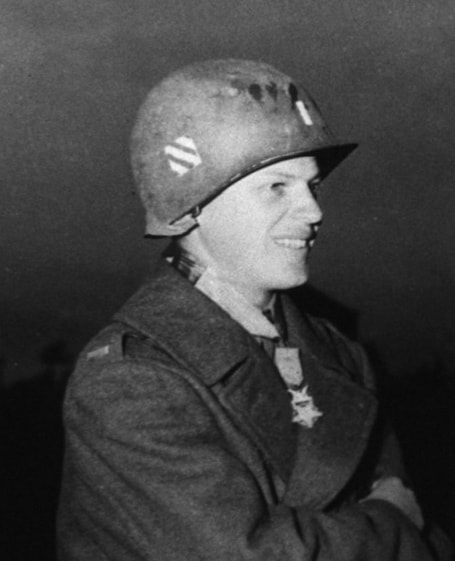 First Lieutenant David C. Waybur wearing his Medal of Honor [U.S. Army image]
This week's pre-Pledge tribute is dedicated to U.S. Army Reconnaissance Officer, First Lieutenant David Waybur.  Lieutenant Waybur showed extraordinary heroism in battle near Sicily on the evening of July 17, 1943.
He and his recon team, on their way to rescue a U.S. Army Ranger unit deep behind enemy lines, encountered an enemy unit that vastly outnumbered and out-gunned them.
And, at the most desperate time, with most of his unit hit and himself seriously wounded, Lieutenant Waybur stood directly in the fire of the enemy's leading tank.  He single handedly knocked out the lead tank and caused it to crash and create such destruction and delays that he and his unit could hold-off the enemy until reinforcements arrived in the morning.
For risking his life above and beyond the call of duty, Lieutenant Waybur received the Medal of Honor.

Now, please, stand, place your hand upon your heart,
and make this Pledge of Allegiance more meaningful
by honoring Our Flag and all the inspiring stories it tells, like that of Lieutenant Waybur,
and all those who fight to defend our Constitution.​ 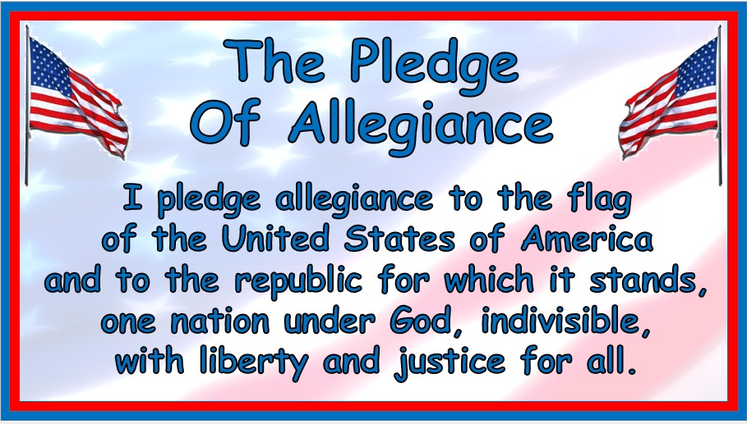