[  Note:  Do not read aloud any text with [ brackets ] around it.  Only read the text in blue.  We recommend 3 speakers lead and read aloud the 3 parts of the pre-Pledge ceremony.  ]

[ SPEAKER 1 - read blue text only]​
​
Good morning / afternoon / evening, __(insert name of your group - like "Heritage Elementary" or "Boy Scout Troop" or "Rotary Club")__
Welcome to this week's
Flag Steward Pre-Pledge Tribute
​[ for the week of May 6 - 12 ]
Today's Flag Status  ​
Our Flag flies at full staff in all 50 states, except in Maine.  And, in New Jersey there's a special State Flag half-staff. 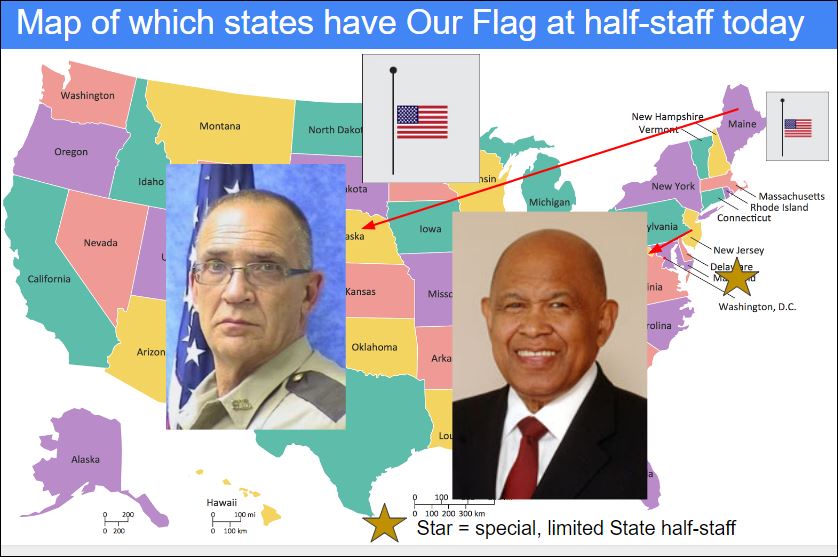 [  In Maine, the US and State Flags are flying at half-staff to honor Somerset County Deputy Eugene Cole - whose funeral is today.
New Jersey has its State Flag only at half-staff today for Assemblyman Jerry Green.  ]
​​​​​[CLICK for more info on the half-staff honorees - courtesy of FlagNotify.com)]​​​​​​​​​​​
​
[ SPEAKER 2 - read blue text only ]​​​
​
​THIS WEEK'S FALLEN PATRIOTS TO HONOR:
[ Killed in action during the week of April 29 - May 5 ] 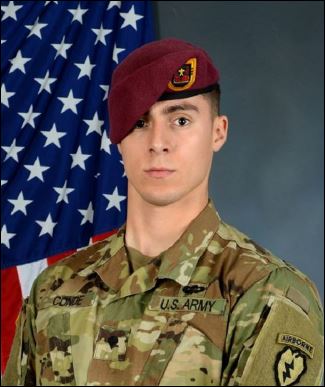 Last Monday, US Army Specialist Gabriel Conde of Loveland, Colorado was killed in action (KIA) in Afghanistan by small arms fire.  Conde, a 2014 Berthoud High School graduate, joined the Army after a year at Colorado School of Mines.  A school official honored Conde by stating, "We all pledge allegiance to the flag, but we don't put ourselves in the line of fire" like our alum Gabriel Conde did.

​We thank Specialist Conde for fighting for our freedoms and fighting to liberate the lives of others in Afghanistan.
[ SPEAKER 3 - read blue text only ]​
​
THIS WEEK'S HISTORICAL REMINDER FROM OUR FLAG:
... asks us...
​What is V-E Day? 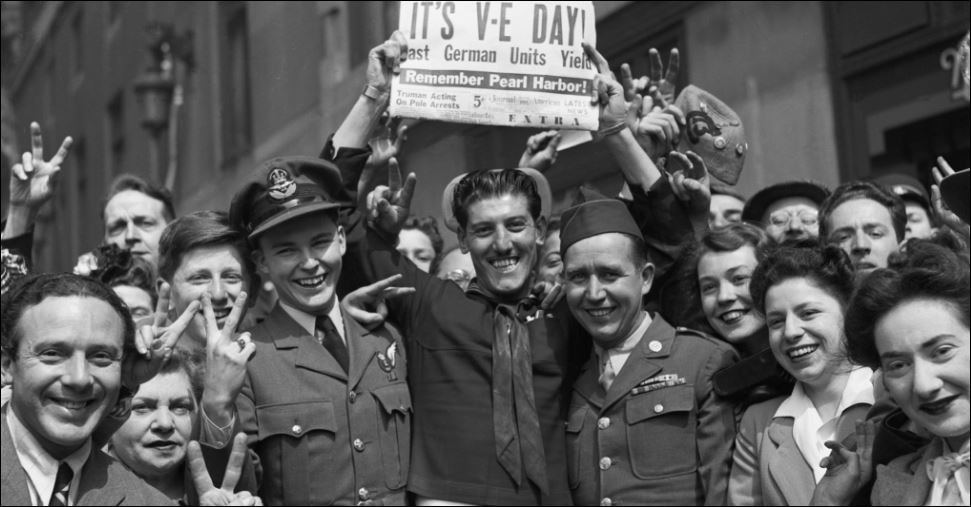 [ A group celebrates V-E Day in Times Square NYC = public domain image ]
​This Reminder from Our Flag takes us back to World War II.
On May 8th, in 1945, World War II ended in Europe. “Victory in Europe Day”, mostly commonly called “V-E Day”, was a public holiday to celebrate the formal, unconditional surrender of Germany’s armed forces to the Allies.  Adolf Hitler committed suicide 8 days earlier, so Karl Donitz, next in command of Nazi Germany, made the unconditional surrender in Berlin. 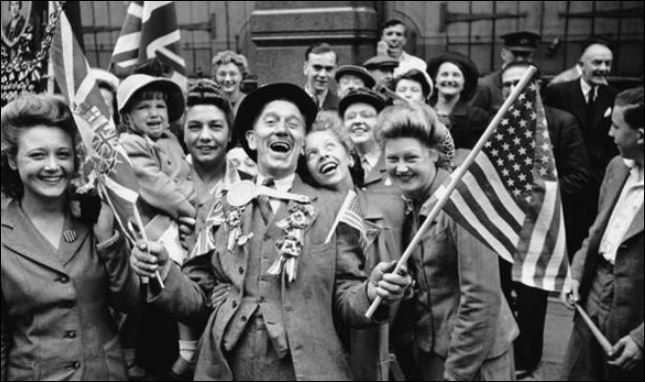 Now, please, stand for the Pledge of Allegiance.  Place your hand upon your heart and know that our liberties were secured by the Allied victory in Europe. ;) 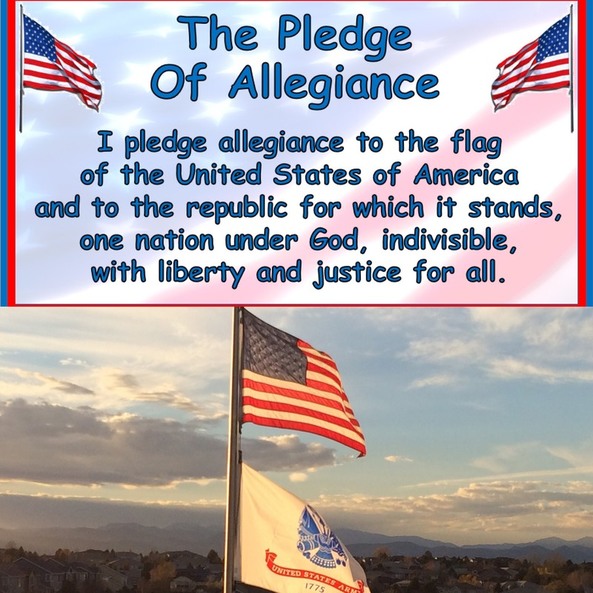 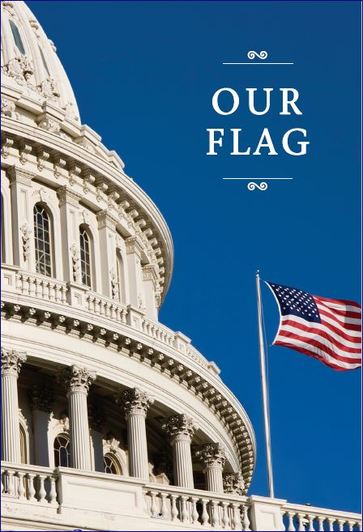