[ Note:  Before starting this ceremony, CLICK TO CHECK 'TODAY'S FLAG STATUS'.  If your state is at half-staff, memorize the honoree's name and job/position, so you can say it within today's pre-Anthem ceremony script below.  In the best performance voice you have, we recommend that you read aloud all the ceremony text with 1 exception - do not read aloud any text with [ brackets ] around it. ]
Good morning, ___(insert name of location - like "Shea Stadium")  ___
Welcome to today's
Beacon of Honor
Pre-Anthem Observance
​[ for the week of January 14 - 20 ]
You're invited to follow this 2-minute ceremony by installing the 'PlaceApp' on your mobile device. 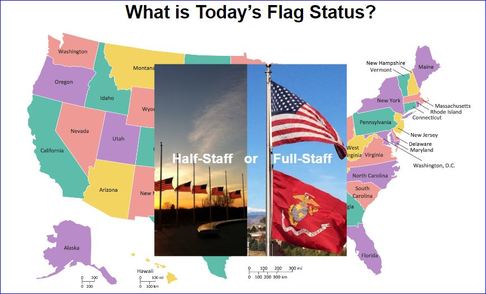 ​In our state, the Stars and Stripes flies at ___(say "full" or "half")___ staff today.
[End it here or read the following sentence if there is a half-staff in your state today]
[Optional - only say if your state is at half-staff today:]
The half-staff in our state is to honor ___(say full name of honoree)___ who served as a ___(say public servant job / position - such as firefighter, state rep, etc.)___ for our state.
​​THIS WEEK'S FALLEN COMBATANTS' COMMEMORATION: 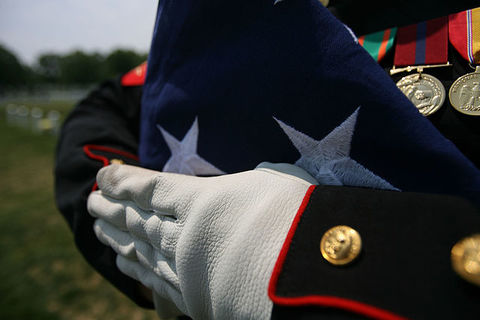 [ Monday, January 15, 2018 is a National Holiday celebrating the life of Dr. Martin Luther King, Jr.. = public domain image ]
​This week, we commemorate Dr. Martin Luther King Jr. and his fight for justice and equality.  Now, close your eyes and let's step back to August 28, 1963.  Picture ourselves amongst the 100,000 citizens gathered between the Washington Monument and the Lincoln Memorial listening to excerpts from MLK's most impassioned speech.
[Tap "Listen in Browser" so you can listen while scrolling down this page to see the MLK pictures below.] 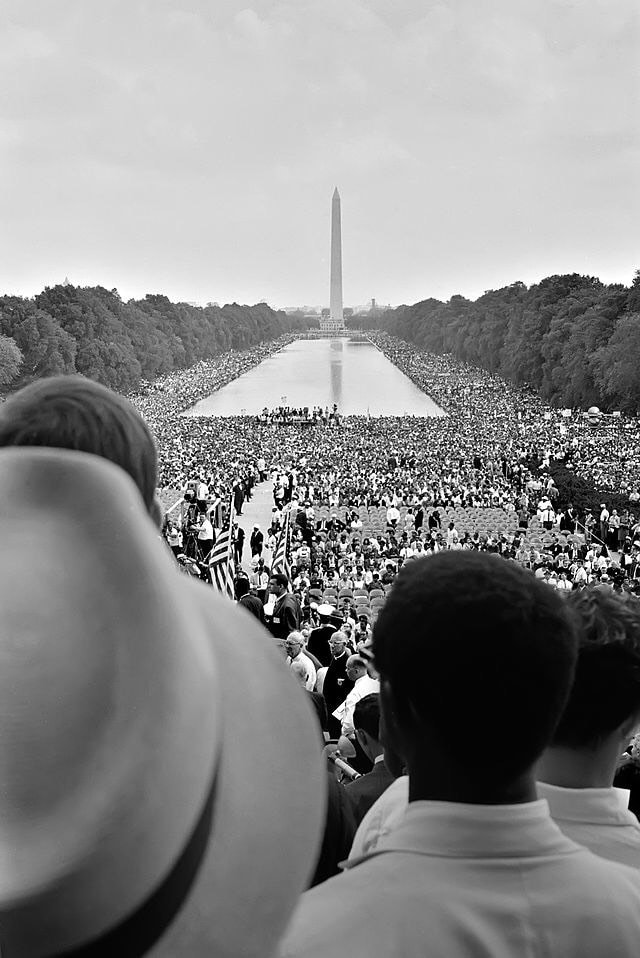 [ This the view from just behind where MLK gave his famous 'I have a dream' speech. What an amazing sight - a sea of folks who came to listen to him and participate in the Freedom March. =public domain image ]

Now, please, stand and place your hand upon your heart, during the National Anthem, as we honor Dr. Martin Luther King Jr. and our continued pursuit of becoming a society where 'all men are created equal.' 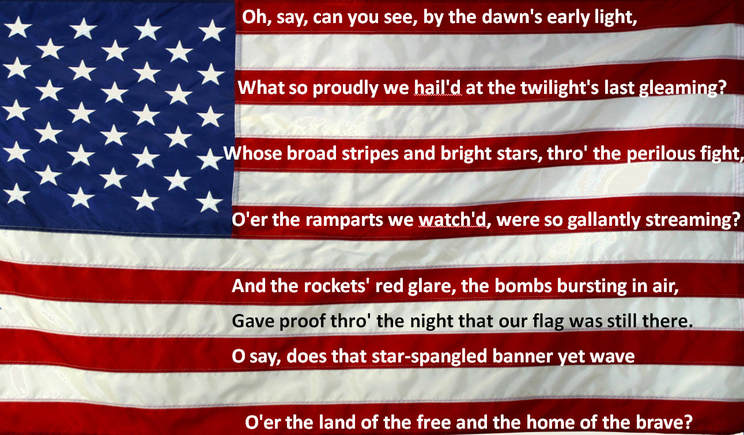 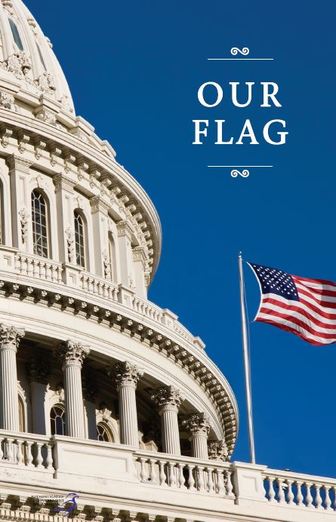