Welcome to the
​​​Flag Steward
Interactive American Flag
relaying informative 'Reminders from Our Flag' and inspiring 'Patriot Tributes' specific to this U.S. Flag
at the  ​​Task Force Dagger Foundation HQ 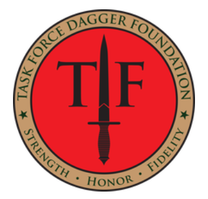 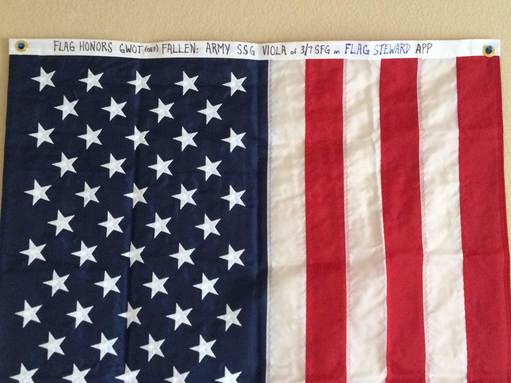 [ Pic of IAF dedicated to this honoree posted at Flag Steward HQ ... Need pic of this / your IAF at its new steward's location ]
GO HERE for today's REMINDERS FROM OUR FLAG
(including daily Flag Status, Fallen Patriot alerts, Historical Reminders, & more)
*************
Fallen Patriot Commemoration
This Interactive American Flag is dedicated to:
US Army Staff Sergeant
Alex A. Viola of Keller, TX
( listed as first and only Keller citizen killed in GWOT) 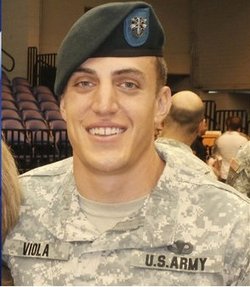 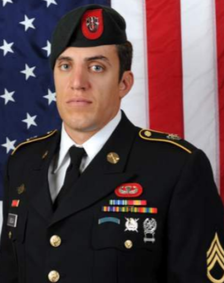 Inspirational Quote about Alex Viola:
... from a childhood friend Kimmy ...
“Alex, we grew up calling you GI Joe for a reason. I guess God needed strong, brave, courageous angels up in heaven and he chose you."

​
Born April 17, 1984 on Long Island, NY
Showed incredible grit as overcame debilitating childhood illness
2002 Keller HS grad
Classic car fanatic - which led to creating a memorial car show for him
Graduated with honors from North Texas University with BA in Mechanical Engineering
Graduated with honors from Navy Officer Candidate School and immediately accepted to attend BUDS (SEAL qualification)
Badly injured during BUDS, removed from BUDS training, and asked to transfer to another military branch
Gave up Navy officer commission and Enlisted in Army in 2009
Completed Green Beret training in 2011
First combat deployment was to Afghanistan in 2013
Survived by parents and sister 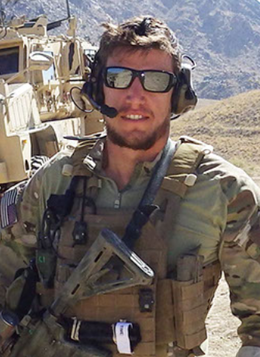 PATRIOT POPPY says, I WANT YOU to help recruit more Flag Stewards.
So, copy this link, post it to your social networks, and promote your inspiring Interactive American Flag.
And, CLICK HERE to send them a link to install the Flag Steward app.
+++++++++++++
Patriot Honor Roll
The personal Patriots remembered by this Interactive American Flag include:
U.S. Army Staff Sergeant
Chris M. Falkel of Highlands Ranch, CO
[ one of the inspirations to start this nonprofit project ] 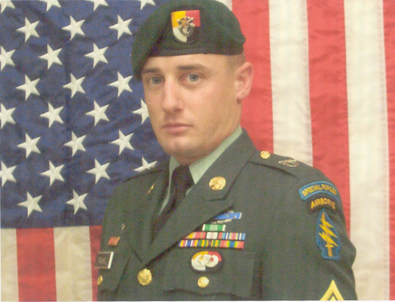 We honor and thank U.S. Army Special Forces Staff Sergeant Chris Falkel for defending our freedoms and fighting to liberate the lives of others.
[ THIS IS THE FLAG STEWARD FOUNDER'S EXAMPLE HONOR ROLL TRIBUTE TO HIS DAD - WHOSE MEMORIAL FLAGPOLE INSPIRED THIS NONPROFIT PROJECT ]
U.S. Army (Retired) Lieutenant Colonel
Edward J. Sweeney Jr. 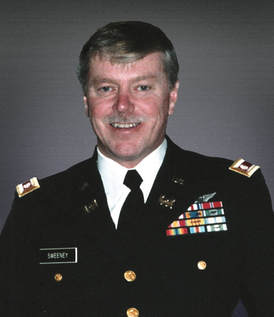 GO HERE to review this Patriot's tribute site
TFD team-
​​[ YOU ;), HAVE THE POWER TO EDIT & CUSTOMIZE THIS PAGE!  Follow a short video tutorial, get access to this page from Flag Steward staff, and then you can showcase the Patriots that inspire you to stand proudly during Our Flag ceremonies.  You can do it!  Email Staff@FlagSteward.org for access to this/your page now.  PS - If a 50-year old Jarhead Marine can build this website than you can certainly handle customizing this page to your liking. ;)  ]