Last week's Quizizz results, for week of May 1-5, are at the bottom of the page.
***Note: Flanigan's U.S. History Moment to Remember is only updated 3 days per week (M,T,W/Th) for school days ​and has a fun Quizizz competition every Friday*** 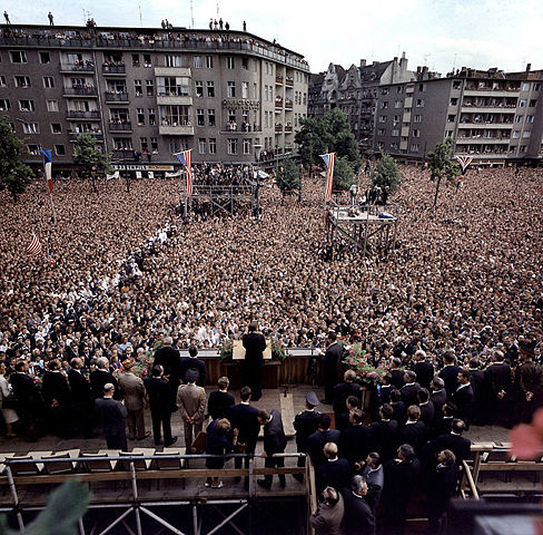 President John F. Kennedy gives his famous "Ich bin ein Berliner" speech in front of a crowd of about 1/2 million West Berliners on June 26, 1963 [image: public domain]
In the height of the Cold War, Soviet leader Nikita Khrushchev promised to "eradicate this splinter (West Berlin) from the heart of Europe."  So, in the face of this tense Cold War situation, President Kennedy visited West Berlin, which by this time was completed surrounded by communist ruled East Germany and the 'Berlin Wall' was dividing East and West Berlin.  JFK gave West Berliners and all those enjoying or seeking freedom and democracy a boost of confidence.  He recognized that the defiance and courage of West Berliners reflected the spirit of all people seeking and protecting liberty in the face of expanding communist rule.  By stating "Ich bin ein Berliner" ("I am a Berliner"), President Kennedy reinforced that any move by the Soviets to takeover West Berlin meant it was an attack against the United States and that we would defend West Berlin's soil like it was our own.
​ 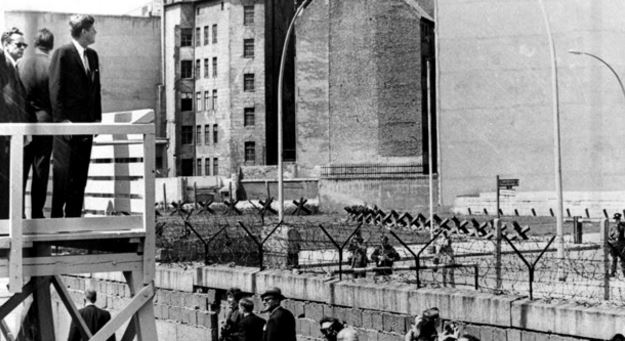 JFK looking over the Berlin Wall. [image: public domain]
​
Why does this matter today?​​
The landscape of Europe, particularly eastern Europe, has changed dramatically since the lines between democracy and communism were drawn after World War II.  Fortunately, the spirit of freedom has won out, and now people in eastern Europe are free from their oppressive communist rulers.
​
There are only 5 communist-ruled countries today.  Can you name them?

STANDINGS for the Flanigan's U.S. History Moments to Remember CHALLENGE for Week of May 1 - 5, 2017:
CONGRATS to 'Robbie' for achieving the top score on last week's challenge.  Since we don't know what class 'Robbie' is in, he needs to contact Mr. Flanigan about this prize.  If we don't hear from him by Wednesday, then 'LaplanteFlan6' will be declared the winner.
​Mr. Flanigan will award your gift cert later this week. 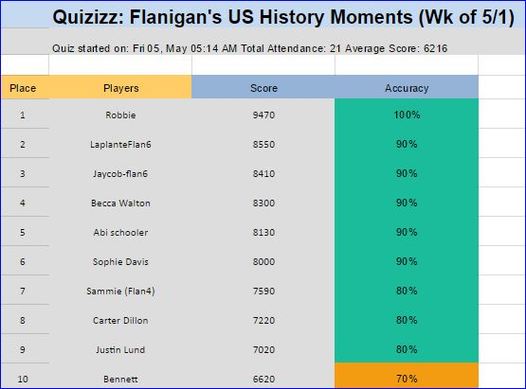 Check back every Monday and click here for this past week's 'Flanigan's Moments Challenge' results (see 'Player Level' tab).