Welcome to Flag Steward's
Be a Stud Citizen - Reminders from Our Flag
for Wednesday, April 21, 2021​​​​
[ Yosemite Valley, with El Capitan on left, Half-Dome in distant center, and Bridalveil Falls on right, in May 2017 = pic by S. Sweeney ]
Where is Our Flag, the U.S. Flag, at half-staff today? 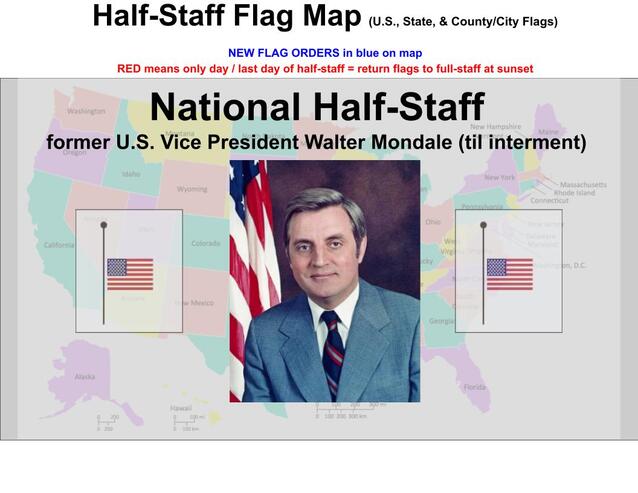 [ CLICK HERE to see Half-Staff alert details, including pics of honorees ]
Today's Historical Moment from Our Flag
... celebrates the birth and life of John Muir ...
​ 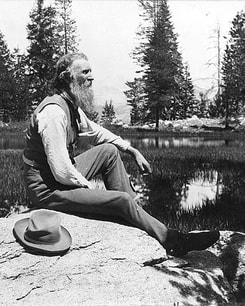 On this date, April 21, in 1838, John Muir, was born in Dunbar, Scotland.  Nicknamed "Father of the National Parks," John Muir, spent most of his life in America exploring, writing about, and fighting for our wilderness areas.  At age 11, Muir's family emigrated to Wisconsin, where he spent his teenage and part of his college years.  His wonder for nature struck him while attending his first botany class at University of Wisconsin - Madison.  He said the lessons, "charmed me and sent me flying to the woods and meadows in wild enthusiasm." 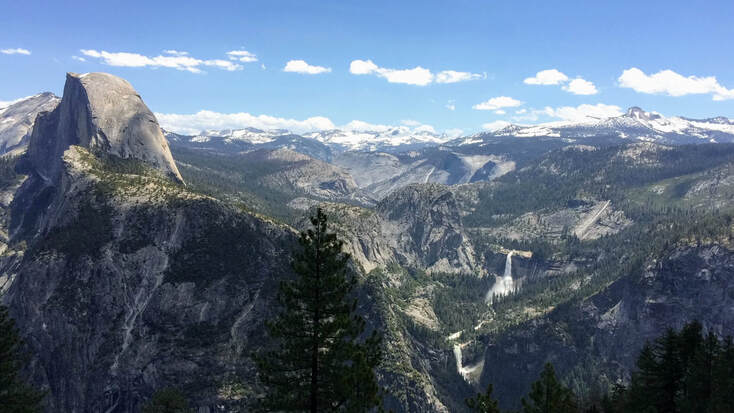 [ Pic of Yosemite National Park wonders, the Half Dome, and the Vernal Falls (lower in pic) and Nevada Falls along the 8-mile trail to the top of Half Dome = S. Sweeney pic from Glacier Point during 2017 trip  ]

John Muir, the constant wanderer and writer, reached California, where his greatest works occured, in 1878 at age 40.  He immediately traveled to Yosemite, whose overwhelming glacier-cut beauty, spellbound Muir for the rest of his life.  His writings and work to preserve some of the most amazing wilderness areas in the Sierra Nevada mountains bordering eastern California and western Nevada, inspired members of the US Congress and Presidents to establish the Yosemite National Park and Sequoia National Park - American treasures for all to enjoy.
​​Today's Insightful Quote from Our Flag

“It is easier to feel than to realize,
or in any way explain,
Yosemite grandeur.
The magnitudes of the rocks and trees and streams are so delicately harmonized,
they are mostly hidden."