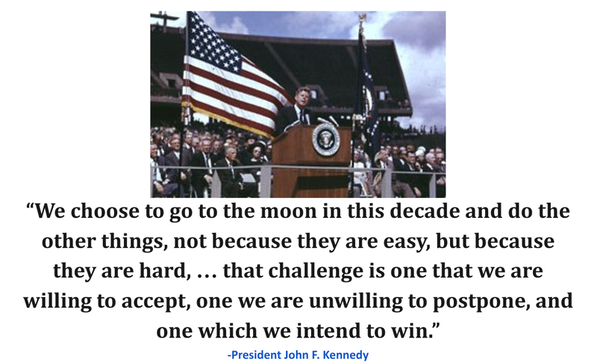 Half-Staff Alerts for July 30  ​
Our Flag is FULL STAFF across 48 of 50 states
Two States, NY and CA, have local half-staffs in their state
GO HERE to review details about the half-staffs and their honorees 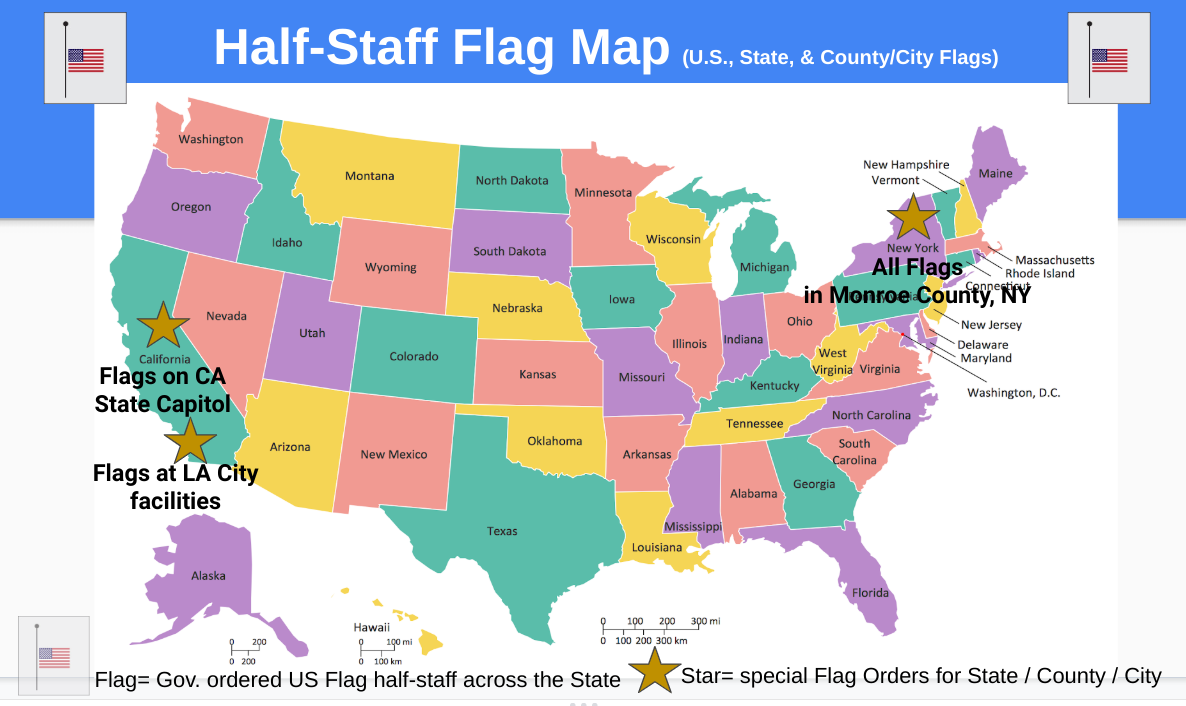 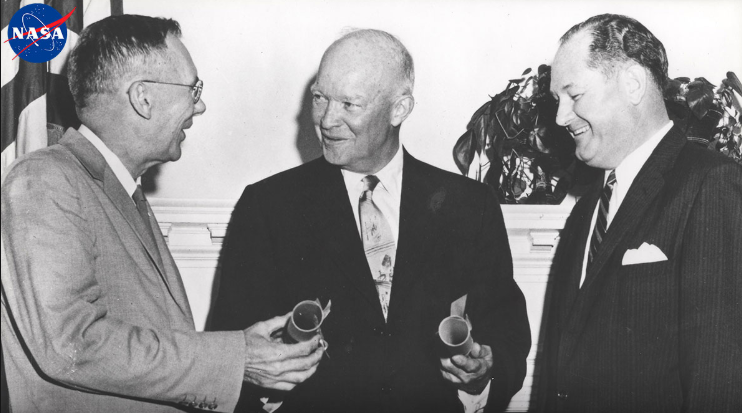 [ President Dwight D. Eisenhower (center) appoints T. Keith Glennan (right) NASA's first administrator and Hugh L. Dryden its first deputy administrator.
Image Credit: NASA = educational use / public domain ]
On yesterday's date, July 29, in 1958, NASA (the National Administration for Space and Aeronautics) was born.  President Eisenhower signed the National Aeronautics and Space Act to create it.  Although initially pushed for creation as a matter of national security, NASA was designated as a civilian, instead of a military led, agency.  Scientists, leading the space exploration work pleaded with the President and Congress, to ensure its research was not driven by military priorities.  Operations began on October 1, 1958 and by 1961 President Kennedy boldly set a goal of "landing a man on the Moon by the end of the decade, and returning him safely to the Earth."  That goal was met with Apollo 11 mission in July of 1969 - which celebrated its 50th anniversary last week. 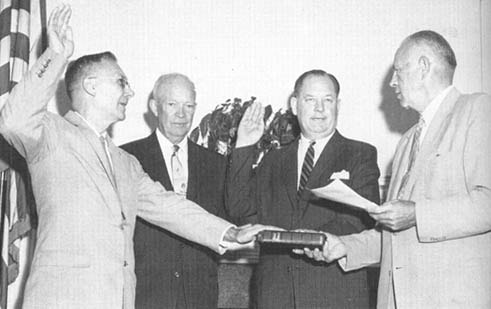 [ President Eisenhower watches as Glennan (right) and Dryden are sworn in as leaders of NASA ... Image Credit: NASA = educational use / public domain ]
​Today's Slice of Americana
... in hulking, immigrant style ;) ... 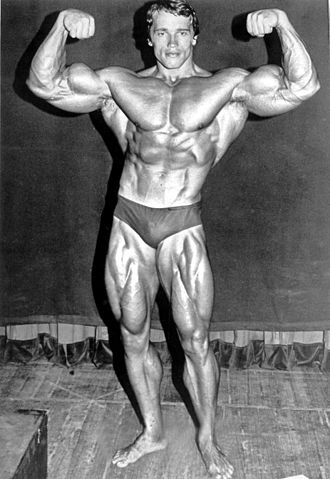 [ Arnold Schwarzenegger defending his fifth Mr. Olympia contest in 1974. ]
OTD, July 30, in 1947, Arnold Schwarzenegger was born in Thal, Austria. He served in the Austrian Army in 1965 and was put in the brig for a week because he went AWOL to attend a bodybuilding competition during his basic training.   In 1968, he emigrated to the U.S. to pursue his bodybuilding career in Los Angelese, California - training under Joe Weider at Gold's Gym in Venice Beach.  He became a U.S. citizen in 1983, after his breakout movie - Conan the Barbarian hit it big in 1982.  He became a star in a number of hollywood films; including some of my favorites like: Terminator, Total Recall, Twins, Predator, and Kindergarten Cop.  And, he served as California's 38th Governor from 2003 to 2011.
[ below is the iconic'It's Not a Tumor' scene from K-Cop ;) ]

Help this Flag Education nonprofit fulfill its mission with students:
CLICK HERE to GIVE & GET from our 'Donors Gift Shop':  THANKS to our first 'Donors Gift Shop' SUPPORTERS from last week, we only have $799 left (out of $988) to raise to enable the first 50 GWOT Fallen storytelling iHonor American Flags with students from Air Academy HS this September - kicking off our march toward , Flags (one for each GWOT Fallen) built and distributed by students to the high school alma maters of all our GWOT (Global War on Terror) Fallen.
​Thanks for reviewing today's 'Reminders for Our Flag'
- a service from the Flag Steward program

GIVE & GET
Make a donation and get a patriotic gift in return.  Your donation will help us to keep this nonprofit service going with NO advertisements on the site or app.  CLICK HERE to scroll down through our new Donors Gift Shop - where you can GIVE & GET: donate and receive a meaningful gift in return.
​Flag Steward (formerly known as Beacon of Honor and originally incorporated as GivingVu.org, Inc. in 2013) is a nonpartisan, student-inspired, Veteran-led 501(c)(3) tax-deductible nonprofit organization based in Highlands Ranch, Colorado.  Tax ID# 46-2457373