Reminders from Our Flag
for Tuesday, June 26, 2018
​[ GO HERE to perform this week's Pre-Pledge Tribute at any time you like.  But, ... we recommend you designate each Friday as #FlagDayFriday
- a day to take 2 minutes to perform a pre-Pledge Tribute, which will make Pledge of Allegiance more engaging and meaningful. ]


Today's Flag Status:
​In all 50 states, Our Flag flies at full staff. 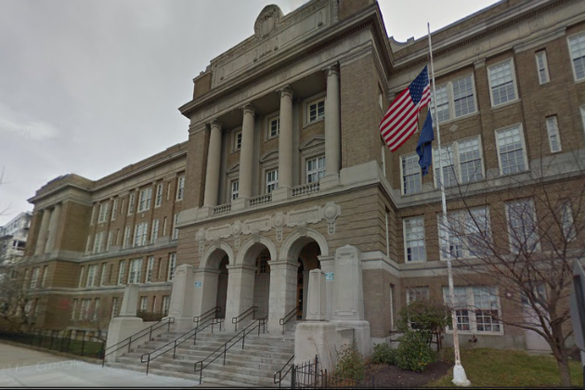 [ fair / educational use ]
​​​​​​[ CLICK for more half-staff honoree & states flag info (courtesy of FlagNotify.com) ]​​​​​
Flag Steward - Honors and Awakens Our Flag to Inform and Inspire Patriotic Citizens
... with this Historical Moment to Remember ... 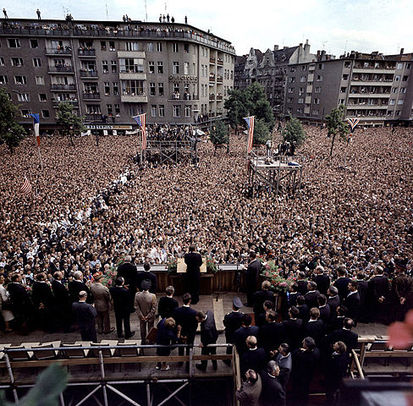 President John F. Kennedy gives his famous "Ich bin ein Berliner" speech in front of a crowd of about 1/2 million West Berliners on June 26, 1963 [image: public domain]
In the height of the Cold War, Soviet leader Nikita Khrushchev promised to "eradicate this splinter (West Berlin) from the heart of Europe."  So, in the face of this tense Cold War situation, President Kennedy visited West Berlin, which by this time was completely surrounded by communist ruled East Germany and the 'Berlin Wall' was dividing East and West Berlin.  JFK gave West Berliners and all those enjoying or seeking freedom and democracy a boost of confidence.  By stating "Ich bin ein Berliner" ("I am a Berliner"), President Kennedy reinforced that any move by the Soviets to takeover West Berlin meant it was an attack against the United States and that we would defend West Berlin's soil like it was our own.​
Listen to a portion of JFK's speech now. 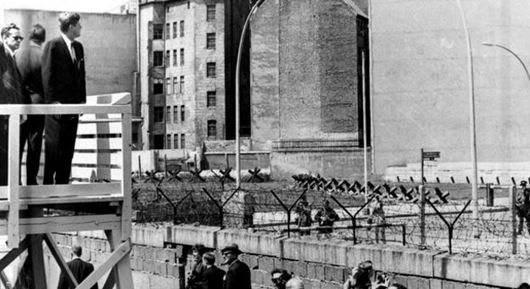 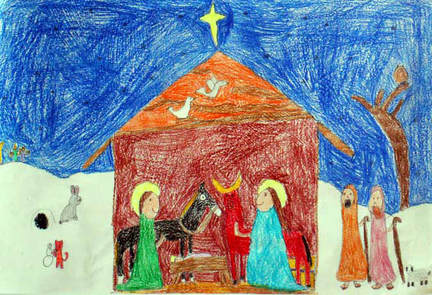 [ public domain image ]
​On this date, June 26, in 1870, Christmas became an official federal holiday by an Act of Congress signed into law by Ulysses S. Grant.  That same bill also declared New Year’s Day and the 4th of July as federal holidays.
​Thanks for reviewing today's 'Reminders for Our Flag'
- a service from the Flag Steward program
​​Now go 'Be a good citizen' today by ...
... picking up and disposing of 2 pieces of trash that will help
keep America beautiful !!! 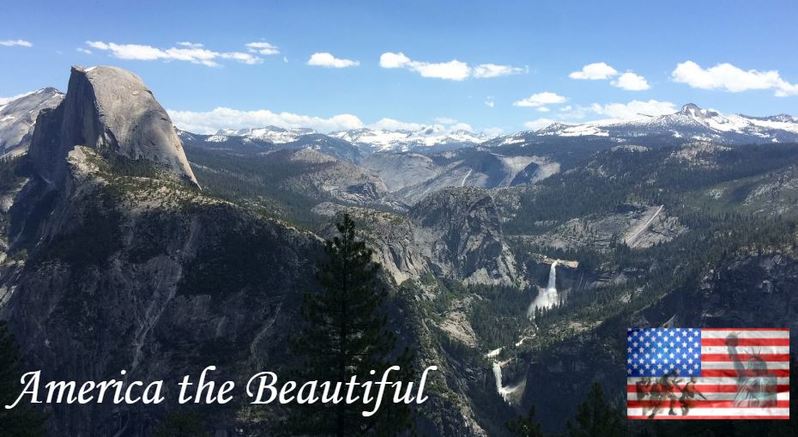