Reminders from Our Flag
for Saturday, December 9, 2017 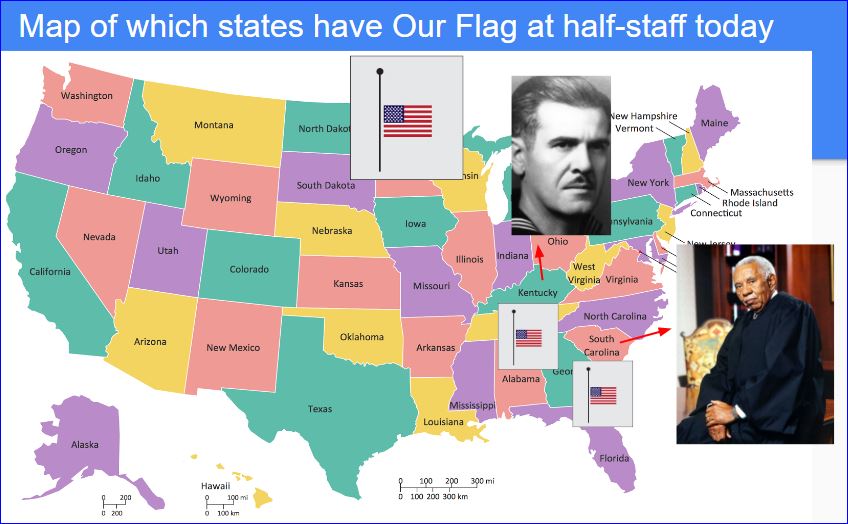 Across the USA, Our Flag flies at full staff, except in South Carolina and Kentucky.  In SC, the half-staff honors former State Supreme Court Chief Justice Ernest A. Finney, Jr. and in recognition of his extraordinary service to the State of South Carolina.  In KY, the half-staff commemorates U.S. Navy Fireman 1st Class Samuel W. Crowder, of Louisville, was aboard the USS Oklahoma on Dec. 7, 1941, during the Japanese attack on Pearl Harbor. At age 35, he was among 429 crewmen killed when that battleship was torpedoed and capsized.
​​[Click here to learn more about today's half-staff honorees and verify the latest flag status for every state (courtesy of FlagNotify.com)]​
​​​
The Beacon of Honor - Awakens Our Flag ... to Inform and Inspire Patriotic Citizens ... 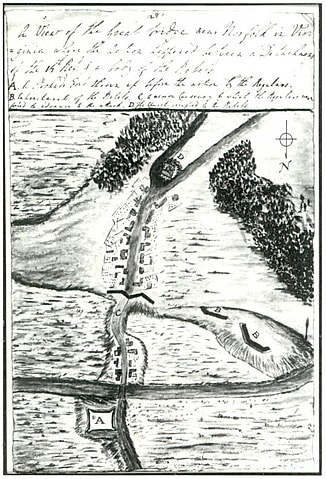 [ Sketch by British leader of the Battle of Great Bridge =public domain image ]
​OTD, Dec. 9, 1775, the Battle of Great Bridge was fought in Virginia.  During this battle, the 'Patriots', the Virginia militia forces, defeated the British Red Coats and drove them, including the Royal Governor Lord Dunmore, out of the Colony of Virginia.  The Patriot forces, called 'Rebels' by the British, now controlled all of Virginia .  This was one of the first signals of freedom for the colonies and added momentum towards declaring independence from British rule seven months later. 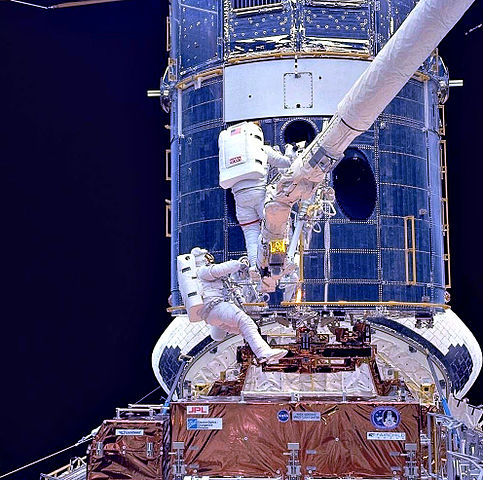 [ = fair use - educational pic ]
​In closing, today's 'Slice of Americana' serves up ...
that ... OTD, Dec. 9th in 1993, the first service mission on the Hubble Space Telescope was completed by U.S. astronauts.  Over the years, the Hubble Telescope has sent researchers valuable images and information about far off space galaxies.
#########################​
Thanks for reviewing today's 'Reminders for Our Flag'
- a service from the Beacon of Honor - Awakens Our Flag program
Now, go be a good citizen!!!​
​Content Sources & Credits:
Sources:  Click here to see our Sources for content research
​Credits:  Unless otherwise noted here, photos displayed each day are public domain images, pictures by Sean Sweeney, or used by permission.