Our Flag's Daily Briefing
for Monday, November 20, 2017
The Beacon of Honor - Awakens Our Flag ... to Inform and Inspire Patriotic Citizens ...
TODAY'S FLAG STATUS: 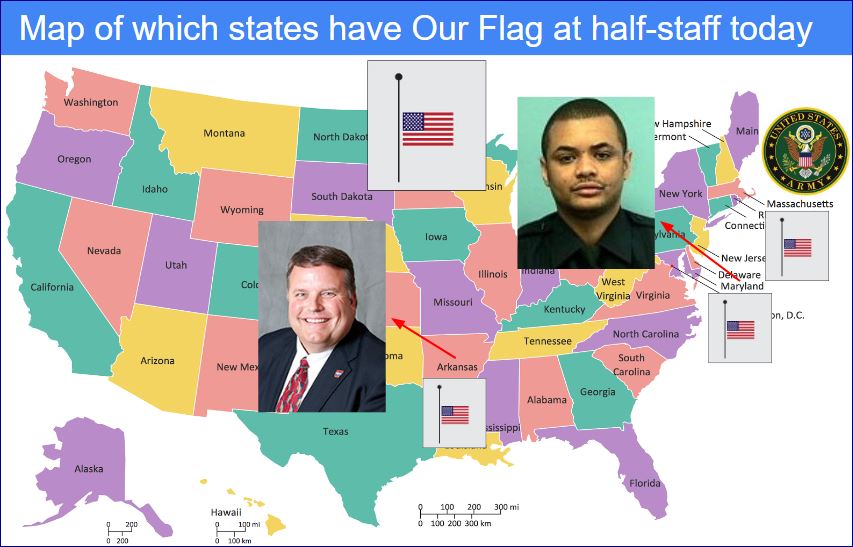 Across the USA, Our Flag flies at full staff - except in Massachusetts, Maryland, and Arkansas.  Massachusetts' half-staff is in honor of U.S. Army Specialist Donny Nguyen of Quincy, MA, who passed on November 13, 2017 at Fort Campbell, KY.  In MD, Governor Larry Hogan has ordered the Maryland State Flag be lowered to half-staff effective immediately and returned to full-staff at sunset on the day of interment. This action is in honor of Detective Sean Suiter of the Baltimore City Police Department, who died in the line of duty on November 16, 2017.
​And, in AR, Governor Asa Hutchinson has ordered the United States flag and the state flag of Arkansas to be lowered to half-staff in tribute to the memory and honor of State Senator Greg Standridge, who passed away Thursday morning. The flag will remain at half-staff until sunset on Monday, Nov. 20th, the day of his interment (burial).
​​[Click here to learn more about today's half-staff honorees and verify the latest flag status for every state (courtesy of FlagNotify.com)]​
​TODAY'S REMINDER FROM OUR FLAG:
... World War II's Battle of Tarawa ... 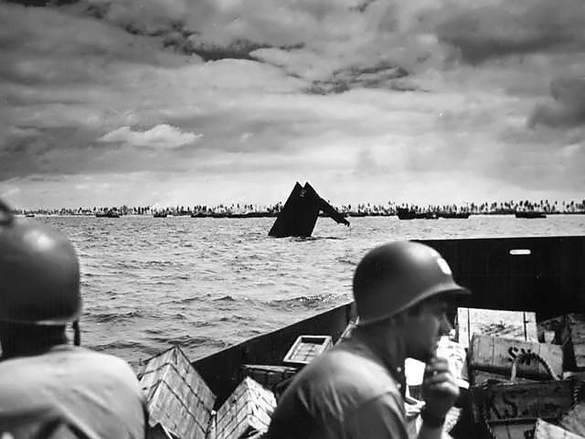 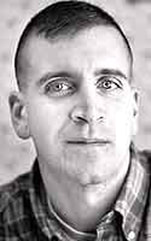 Army Capt. George A. Wood
Died November 20, 2003 Serving During Operation Iraqi Freedom
33, of New York, N.Y.; assigned to B Company, 1st Battalion, 67th Armor Regiment, 2nd Brigade, 4th Infantry Division (Mech), based in Fort Hood, Texas; killed Nov. 20 during a patrol when his tank rolled over an improvised explosive device in Baqubah, Iraq.
[summary courtesy of Military Times' Honor the Fallen website]
​​
We honor and thank George Wood for defending our freedoms and fighting to liberate the lives of others.
GO TO to this article to honor him and learn about his life and family
​[Serving up a slice of Americana]
[ ​... an amazing NFL Running Back ... ] 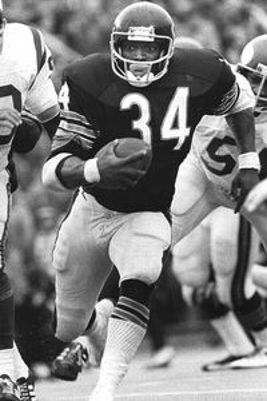