Our Flag's Daily Briefing
for Wednesday, October 18, 2017
The Beacon of Honor - Awakens Our Flag ... to Inform and Inspire Citizens ...
TODAY'S FLAG STATUS: 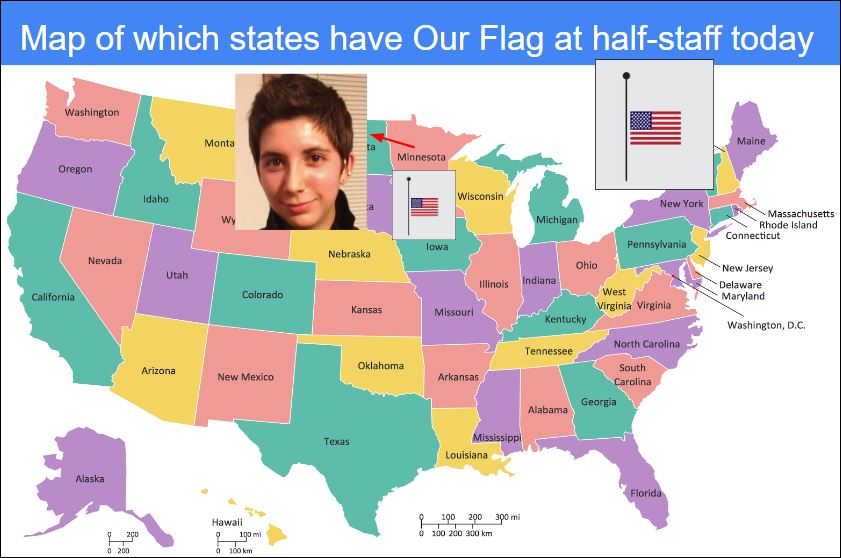 Across the USA, Our Flag flies at full staff, except in Minnesota.  In MN, the half-staff is in honor and remembrance of Emergency Medical Technician Marina DeSteno Challeen who was killed in the line of duty (ambulance - car collision)
​​[Click here to learn more about today's half-staff honorees and verify the latest flag status for every state (courtesy of FlagNotify.com)]​
​​​
​TODAY'S REMINDER FROM OUR FLAG:
... Alaska Day ... 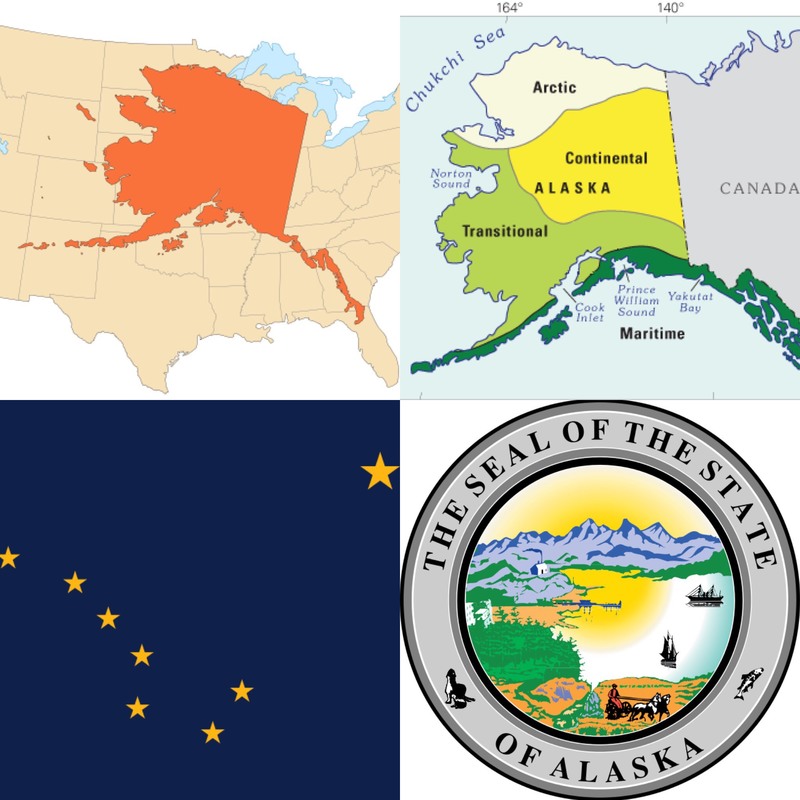 [ public domain image ]
Today is 'Alaska Day.'  On this date, October 18th, in 1867, the U.S. took possession of Alaska. It was purchased from Russia for just $7.2 million.
​
​TODAY'S FALLEN SERVICE MEMBER COMMEMORATION
powered by: 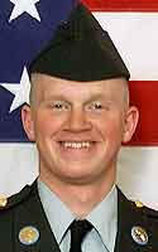 Army Pfc. John D. Hart
Died October 18, 2003 Serving During Operation Iraqi Freedom
20, of Bedford, Mass.; assigned to 1st Battalion (Airborne), 508th Infantry Battalion, 173rd Infantry Brigade, Camp Ederle, Italy; killed in action Oct. 18 when enemy forces, using rocket-propelled grenades and small-arms fire, ambushed his patrol in Taza, Iraq.
[summary courtesy of Military Times' Honor the Fallen website]
​​
We honor and thank John Hart for defending our freedoms and fighting to liberate the lives of others.
GO TO to this Military Times 'Honor the Fallen' article to honor him and learn about his life and family
​[Serving up a slice of Americana]
[ ​... "The Galloping Ghost" ... ] 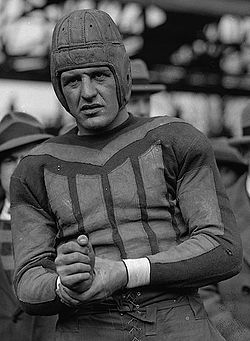 [ = public domain image ]
[ On this date in 1924, Red Grange, nicknamed "The Galloping Ghost", had  his greatest college football game - scoring 6 touchdowns.  Red Grange was a halfback for the University of Illinois, the Chicago Bears, and for the short-lived New York Yankees (football). His signing with the Bears solidified the National Football League (NFL) as a long-lasting league. He was a charter member of both the College and Pro Football Halls of Fame.
Grange vaulted to national prominence as a result of his performance in the October 18, 1924 game against Michigan, in the grand opening game of the new Memorial Stadium, built as a memorial to Illini students and alumni who had served in World War I.[6] The Michigan Wolverines entered the game as favorites, having also won a national title in 1923, and were going for another this year.
Grange returned the opening kickoff for a 95-yard touchdown and scored three more touchdowns on runs of 67, 56, and 44 yards in the first 12 minutes–the last three in less than seven minutes.[10] On his next carry, he ran 56 yards for yet another touchdown. Before the game was over, Grange ran back another kickoff for yet another touchdown. He scored six touchdowns in all. Illinois won the game by a lopsided score of 39 to 14. Michigan coach Fielding Yost said "All Grange can do is run." To which the Illinois coach, Bob Zuppke, referring to a famed opera star of the age, responded, "And all Galli-Curci can do is sing."[11]  ]