Our Flag's Daily Briefing
for Monday, August 28, 2017
The Beacon of Honor - Awakens Our Flag ... to Inform and Inspire Citizens ...
TODAY'S FLAG STATUS: 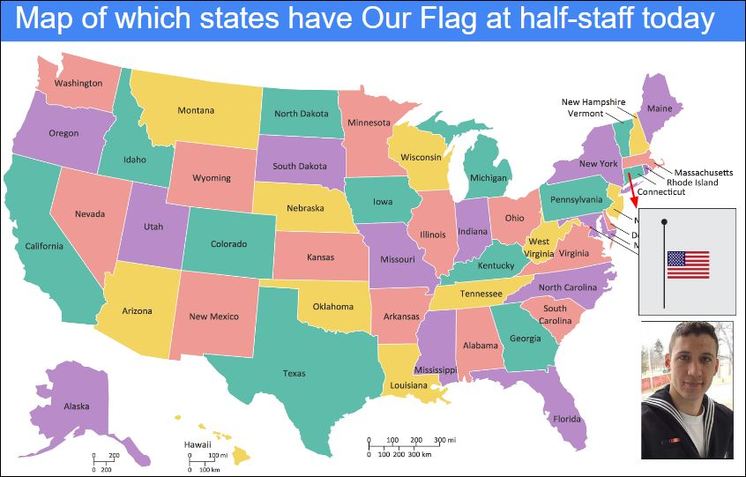 Across the USA, Our Flag flies at full staff, except in Connecticut - where it flies at half-staff to commemorate U.S. Navy Electronics Technician 3rd Class Dustin Louis Doyon until his funeral service this week.
[ Go here to find out more about sailor Doyon and the 9 others killed on the USS McCain ]
​​[Click here to learn more about today's half-staff honorees and verify the latest flag status for every state (courtesy of FlagNotify.com)]​
​​​
​​[If you are using this page as part of your flag ceremony and you WANT TO GO BACK TO 'TODAY'S FLAG CEREMONY' NOW.
​Then, CLICK HERE to return.]
​​
​​
​TODAY'S REMINDER FROM OUR FLAG:
... I have a Dream ... that all men are created equal ... 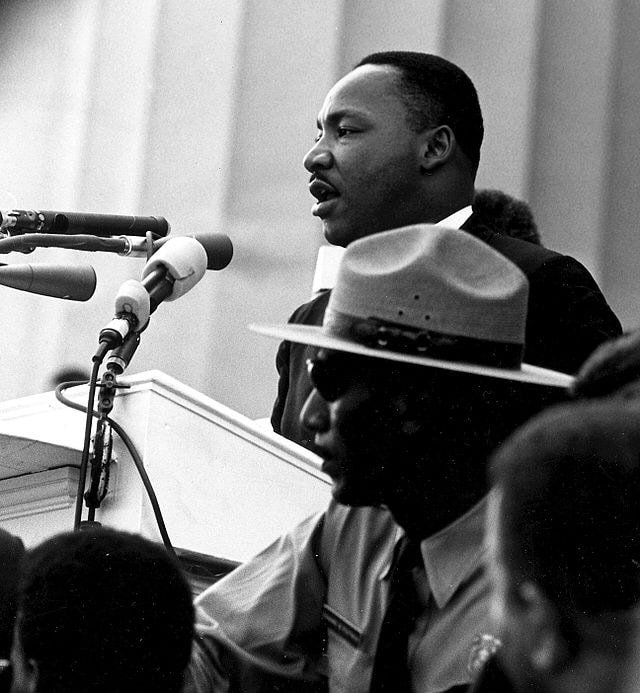 Martin Luther King Jr. in front of the Lincoln Memorial giving his famous "I have a dream" speech [public domain image]
On August 28, 1963, the March on Washington for Jobs and Freedom gathered more than 100,000 attendees on the Washington Mall.  Martin Luther King Jr. was one the leaders of the "Big Six" civil rights organizations that put this protest together.  After initially opposing the march, President John F. Kennedy, changed his mind and asked for more church leaders and the UAW (United Autoworkers) union to send demonstrators to ensure an impressive crowd of more than 100,000 showed up.  After Martin Luther King Jr's emotional "I have a dream" speech, these demonstrators and many Americans watching and listening across the country, were motivated to help pass the civil rights legislation being worked on by JFK and Congress. 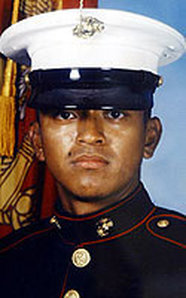 [summary courtesy of Military Times' Honor the Fallen website]
​​
We honor and thank Edgar Lopez for defending our freedoms and fighting to liberate the lives of others.
Go here to honor him and learn about his life and family in this article

[If you have not already gone back, now is the time to GO BACK TO 'TODAY'S FLAG CEREMONY'.
​CLICK HERE to return.]
​[Serving up a slice of Americana
... with a carbonated side drink ;) ... ] 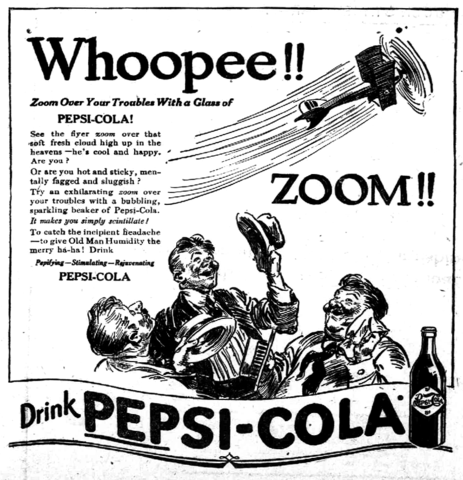 a 1919 newspaper ad for Pepsi-Cola [public domain image]
[On this date, August 28, of 1898, Caleb Bradham, a pharmacist, who invented the carbonated soft drink 5 years earlier, renames it "Pepsi-Cola."
Originally called "Brad's Drink," which was made and sold in his drugstore, the ingredients "dyspepsia" and "kola nuts" were molded to form the new "Pepsi-Cola".  He marketed the drink to aid digestion and boost energy.]
​
​