Our Flag's Daily Briefing
for Saturday, August 19, 2017
The Beacon of Honor - Awakens Our Flag ... to Inform and Inspire Citizens of ...
TODAY'S FLAG STATUS: 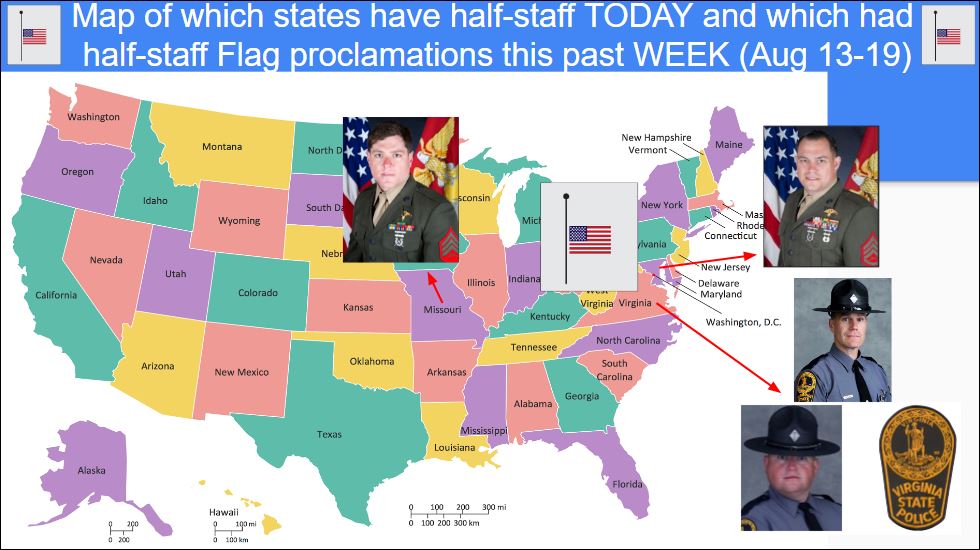 Today, across the USA, Our Flag flies at full staff, except in Virginia - where it flies at half-staff to honor Lieutenant H. John "Jay" Cullen III, who was killed when a Va State Trooper helicopter crashed while dealing with the Charlottesville protests.

​​[Click here to learn more about today's half-staff honorees and verify the latest flag status for every state (courtesy of FlagNotify.com)]​
​​​
​​[If you are using this page as part of your flag ceremony and you WANT TO GO BACK TO 'TODAY'S FLAG CEREMONY' NOW.
​Then, CLICK HERE to return.]
​​
​TODAY'S REMINDER FROM OUR FLAG:
... America - full of aviation pioneers ... 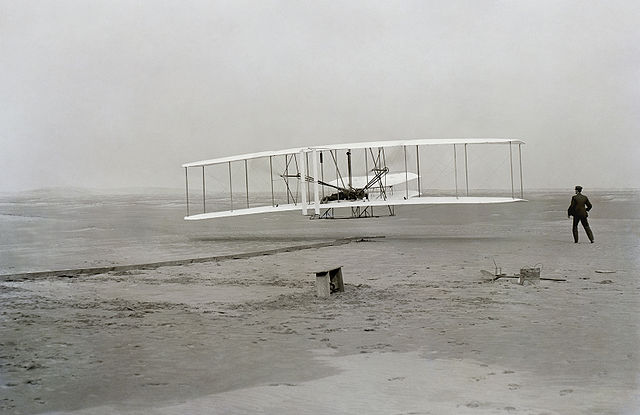 On this date, August 19th, of 1871, Orville Wright, of the famous aviation pioneer duo, Orville and Wilbur Wright, was born in Dayton, Ohio.  Orville and his brother invented, built, and flew the world's first airplane.  The Wright brothers were also the first to invent aircraft controls that made fixed-wing powered flight possible.
​​
​[If you are using this page as part of your flag ceremony and you WANT TO GO BACK TO 'TODAY'S FLAG CEREMONY' NOW.
​Then, CLICK HERE to return.]
​
​TODAY'S COMBATANT KILLED IN ACTION (KIA) COMMEMORATION: 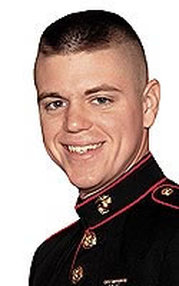 [summary courtesy of Military Times' Honor the Fallen website]
​
We honor and thank Brad McCormick for defending our freedoms and fighting to liberate the lives of others.
Go here to honor him and learn about his life and family 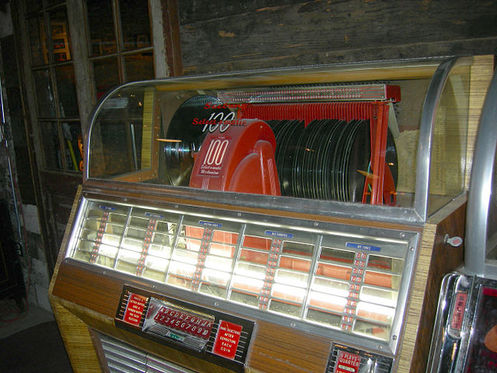