Our Flag's Daily Briefing
for Tuesday, August 15, 2017
The Beacon of Honor - Awakens Our Flag ... to Inform and Inspire Citizens
TODAY'S FLAG STATUS: 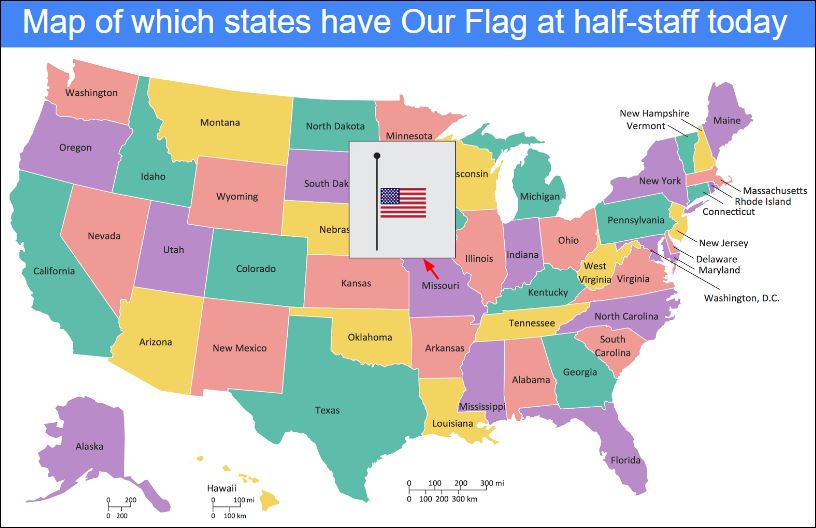 Across the USA, Our Flag flies at full staff, except in Missouri - where it flies at half-staff to commemorate the life of U.S. Marine Sergeant Talon Leach - a Marine Raider who was killed in Marine KC-130 crash last month.
​​[Click here to learn more about today's half-staff honorees and verify the latest flag status for every state (courtesy of FlagNotify.com)]​
​
​​[If you are using this page as part of your flag ceremony and you WANT TO GO BACK TO 'TODAY'S FLAG CEREMONY' NOW.
​Then, CLICK HERE to return.]
​​
​​
​TODAY'S REMINDER FROM OUR FLAG:
... an incredible American engineering feat ... 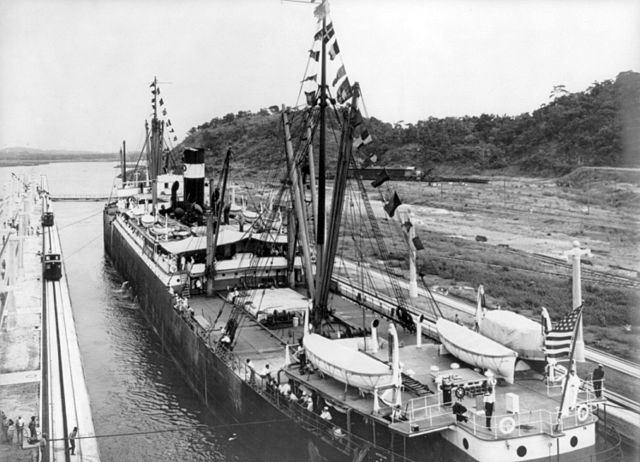 [public domain image]
On this date, August 15th, in 1914, the Panama Canal opened.  The first ship to transit the canal, the cargo ship SS Ancon, is pictured here.
The 48-mile, man-made canal links the Atlantic and Pacific Oceans - saving lots of time and money for shipping between the east coast of the United States and Asia.
​[If you are using this page as part of your flag ceremony and you WANT TO GO BACK TO 'TODAY'S FLAG CEREMONY' NOW.
​Then, CLICK HERE to return.]
​
​TODAY'S FALLEN COMBATANTS COMMEMORATION: 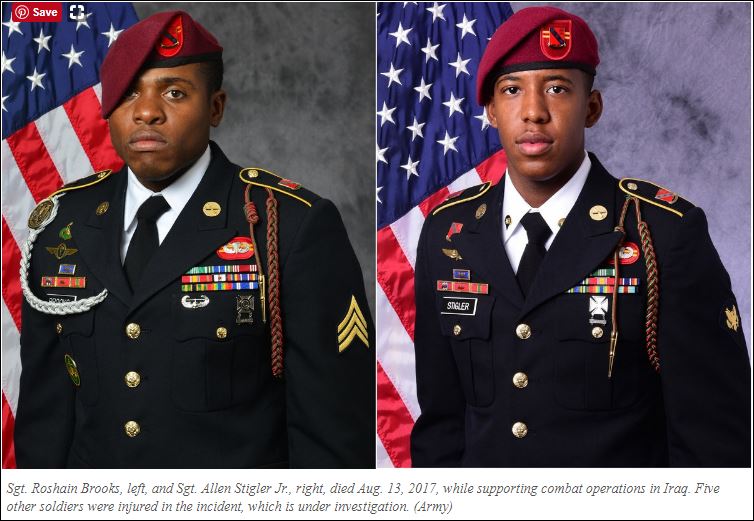 Caption courtesy of Military Times [photo = U.S. Army - public domain image]
On Sunday, August 13, while engaged in a battle with ISIS in norther Iraq, Sgt. Roshain Brooks and Sgt. Allen Stigler Jr. were killed by an artillery mishap.  Both soldiers were canon crewmembers from the 82nd Airborne Division in Fort Bragg, NC participating in Operation Inherent Resolve. Brooks, 30, was from Brooklyn, NY and Stigler, 22, was from Arlington, TX and both were on their first deployment to Iraq.

We honor and thank Sergeants Brooks and Stigler for defending our freedoms and fighting to liberate the lives of others.
[To learn more about these courageous paratroopers, go to this Military Times article.]
[If you have not already gone back, now is the time to GO BACK TO 'TODAY'S FLAG CEREMONY'.
​CLICK HERE to return.]
[Serving up a slice of Americana
... from when we were crazy for a British rock band ...] 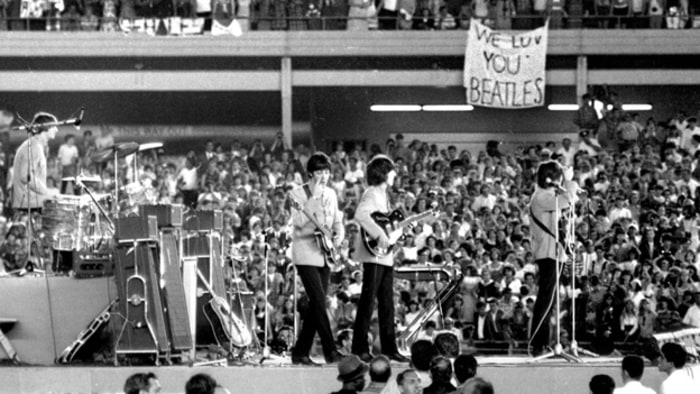 On Aug 15, 1965, the Beatles performed at their most famous concert - an outdoor performance at Shea Stadium in NYC. It had record-breaking attendance, of more than 55,000 fans, and revenues. [Getty image used for educational purposes]
​