Our Flag's Daily Briefing
for Tuesday, August 8, 2017
​'Beacon of Honor - Awakens Our Flag' ... to Inform and Inspire Citizens 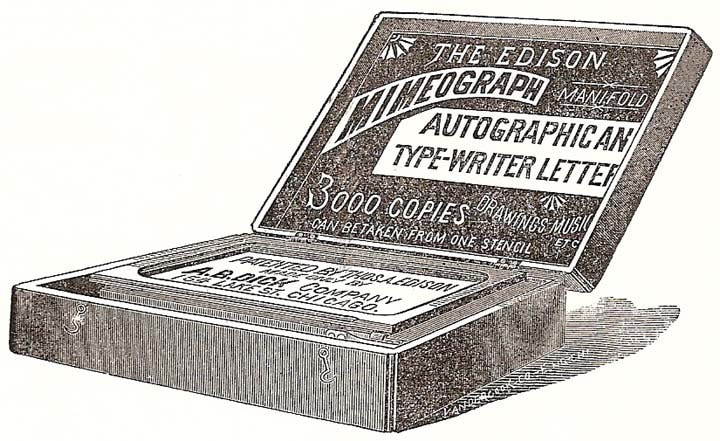 On this date, August 8, 1876, Thomas Edison, one of America's most prolific inventors, received a patent for his mimeograph - a duplicating machine. It was the precursor to today's photocopy machines. [public domain image] 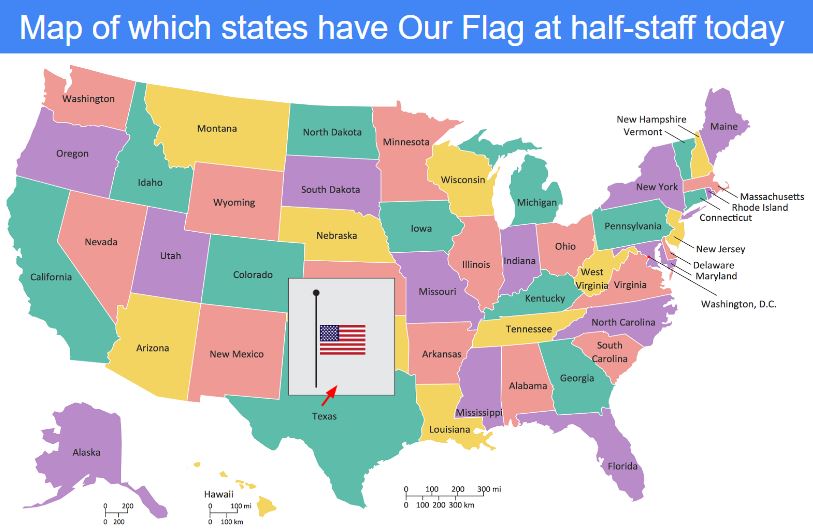 Across the USA, Our Flag flies at full staff, except in Texas - where it flies at half-staff to commemorate the life of former Governor Mark White, who served from 1983 to 1987.
​​[Click here to learn more about today's half-staff honorees andverify the latest flag status for every state (courtesy of FlagNotify.com)]​
​
​​[If you are using this page as part of your flag ceremony and you WANT TO GO BACK TO 'TODAY'S FLAG CEREMONY' NOW.
​Then, CLICK HERE to return.]
​​
​​
​TODAY'S REMINDER FROM OUR FLAG:
... and justice for all ... 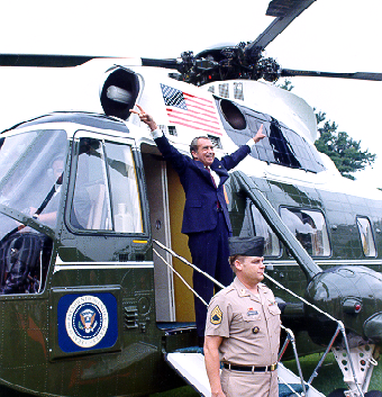 President Nixon, on August 9, 1974, rides off on the President's helicopter, Marine One, for the last time [public domain image]
In America, justice is served to all - even our President.  On August 8th of 1974, President Nixon announced his resignation as President of the United States.  Nixon quit as President, effective the next day, August 9th, at noon, because he was about to be impeached (removed from office) by Congress for his role in the Watergate Scandal - an attempt to cover-up the Nixon staff's involvement in the break-in of the Democratic National Committee HQ during the 1972 Presidential election preparations.
​[If you are using this page as part of your flag ceremony and you WANT TO GO BACK TO 'TODAY'S FLAG CEREMONY' NOW.
​Then, CLICK HERE to return.]
​
​TODAY'S FALLEN MARINES COMMEMORATION: 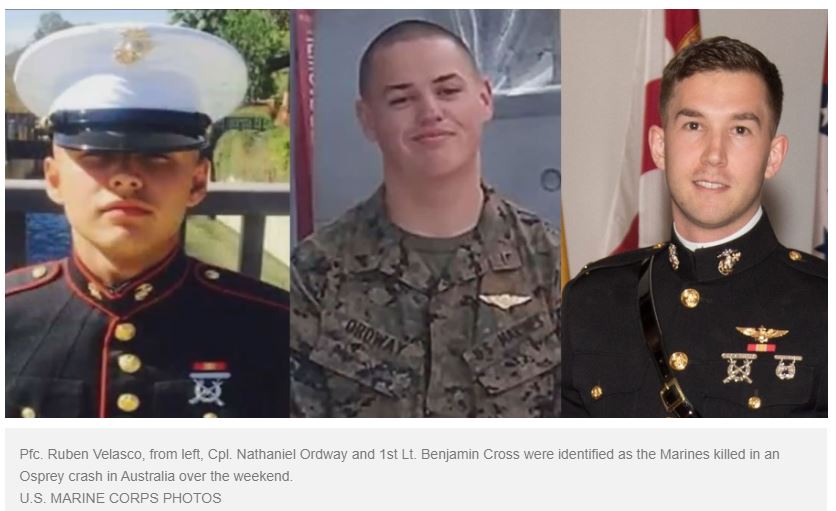 ​​
​The names of the 3 Marines who died in the MV-22 Osprey aircraft crash off the coast of Australia on Saturday, August 5th were released last night.  So, today, we commemorate 1st Lieutenant Benjamin Cross of Oxford, Maine, Corporal Nathaniel Ordway of Sedgwick, Kansas, and Private First Class Ruben Velasco of Los Angeles, California.  Thankfully, 23 other Marines onboard the aircraft when it crashed into the water were rescued.  We pray for the fallen Marines and their families and friends mourning this loss.  We thank these Marines and salute them one final time for defending our freedoms and fighting to liberate others.