Our Flag's Daily Briefing
for Saturday, July 29, 2017
​'Beacon of Honor - Awakens Our Flag' ... to Inform and Inspire Citizens 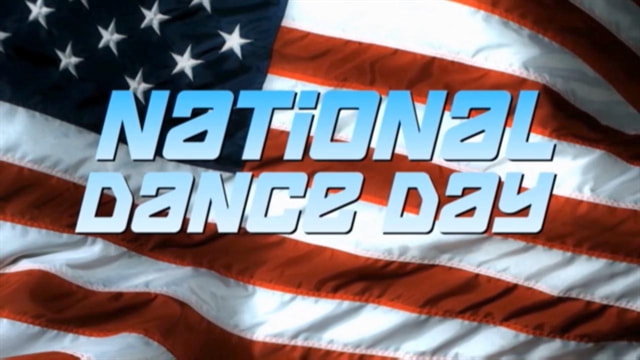 National Dance Day is on the last Saturday in July. It was founded and officially recognized in 2010, when Congresswoman Eleanor Holmes Norton introduced a National Dance Day resolution to promote dance education and physical fitness. Learn this year's dance routine and find an event to dance it near you. 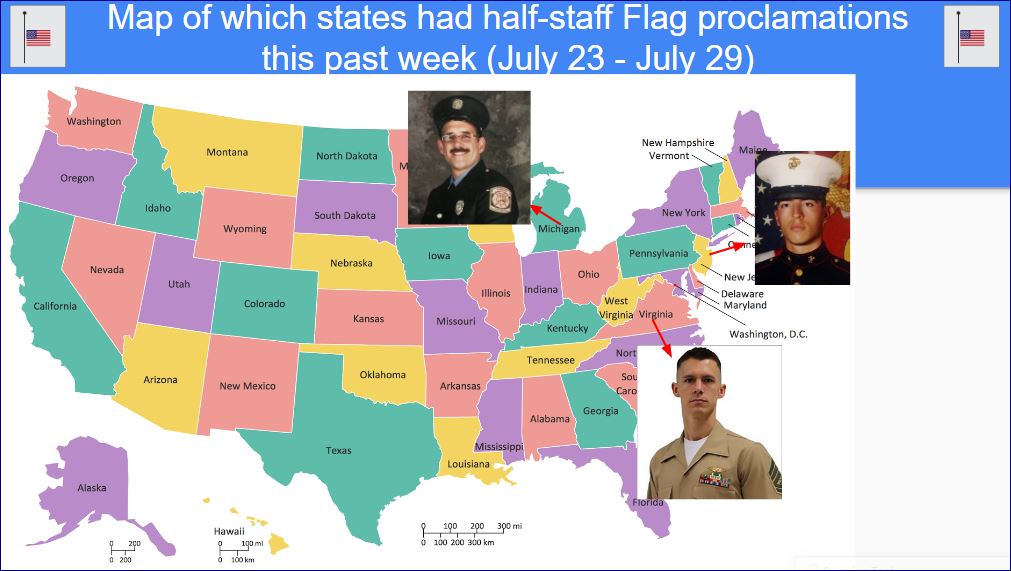 Across the USA Our Flag flies at full staff. 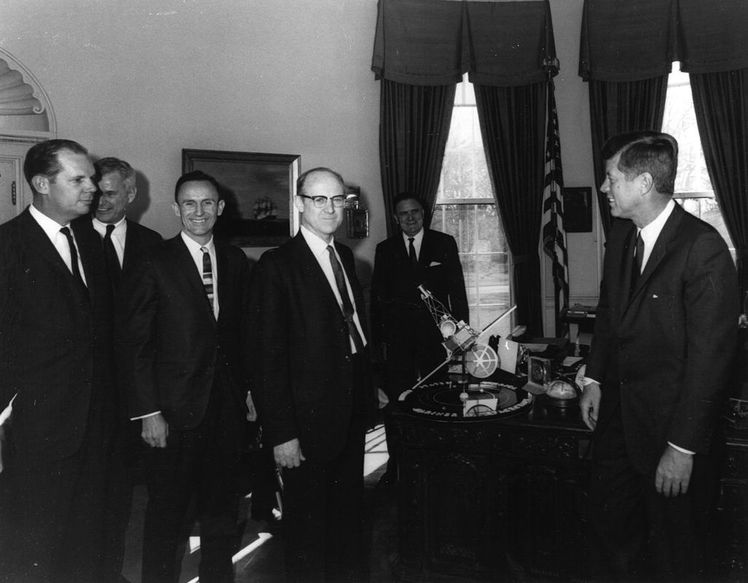 President Kennedy receives a model of Mariner 2. Mariner was NASA's first space travel program. [public domain image]
On this date, July 29, of 1958, NASA (the National Administration for Space and Aeronautics) was born.  President Eisenhower signed the National Aeronautics and Space Act to create it.  Operations began on October 1, 1958 and by 1961 President Kennedy boldly set a goal of "landing a man on the Moon by the end of [the 1960s], and returning him safely to the Earth."  That goal was met by Apollo 11 in July of 1969.

​[If you are using this page as part of your flag ceremony and you WANT TO GO BACK TO 'TODAY'S FLAG CEREMONY' NOW.
​Then, CLICK HERE to return.]
​
​TODAY'S FALLEN SERVICE MEMBER COMMEMORATION: 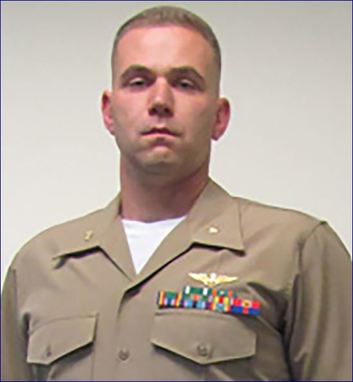 Major Cain Goyette, commander and pilot of the KC-130 and its crew [USMC - public domain image]
​​
​Today, we individually remember and honor, the 16th of 16 service members killed in the KC-130 crash on July 10th, U.S. Marine Major Cain Goyette of Albany, New York.  He was the KC-130 pilot / commander.  During his 23-year Marine Corps career he deployed four times, including twice to Afghanistan as part of Operation Enduring Freedom. He leaves behind his widow Andrea and their two children.
His service and sacrifice for our nation will endure as a testament to America's highest ideals. We are extremely saddened by this tragic loss," said U.S. Rep. Paul Tonko.

We thank and honor Major Cain Goyette for defending our freedoms at home and abroad.
[Go here to learn more about the life of Cain Goyette]