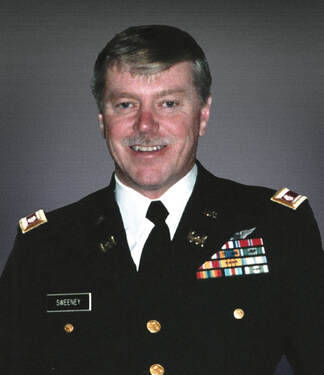 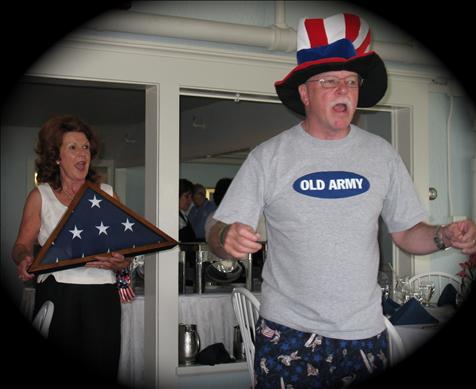 ​Ed Sweeney Jr. inspires us with his leadership - how he looked out for the welfare of his men:
Chief Warrant Officer Frank Glenn, a fellow Vietnam War scout helicopter pilot of Platoon Leader Ed Sweeney, repeated Captain Sweeney's directive to his 9 scout pilots, "Don't be a cowboy, don't take any unnecessary risks, no hot-dogging, and don't get your crew killed.  Your job is to return to base everyday."
CLICK HERE to read more about Ed Sweeney Jr. and reflections left for him on his Legacy website
... Memorial Photos & Video... 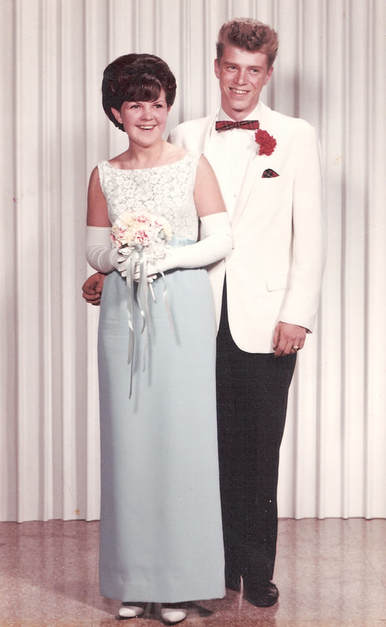 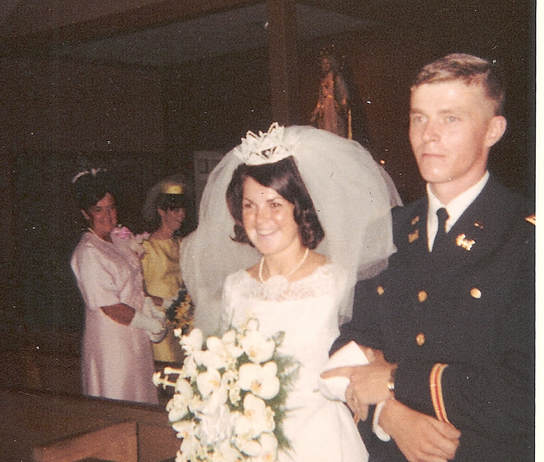 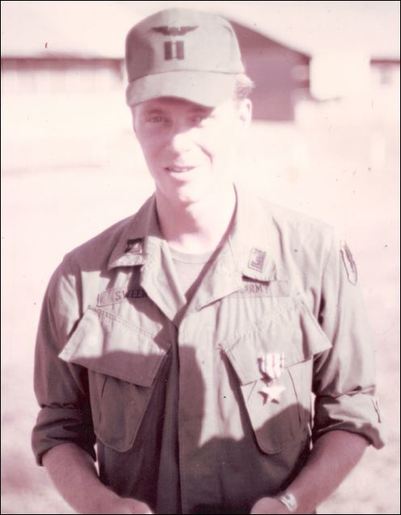 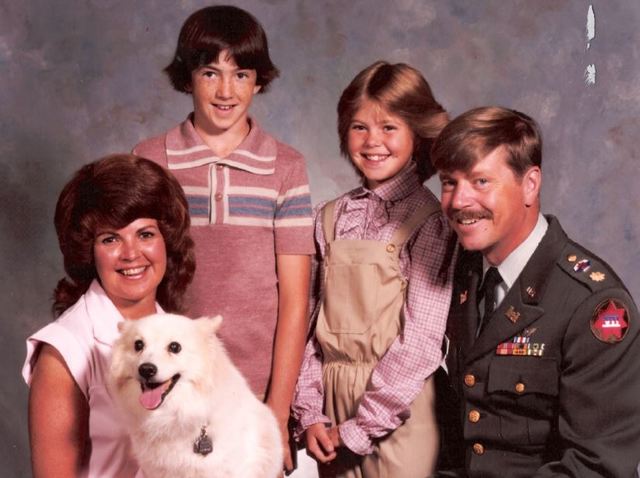 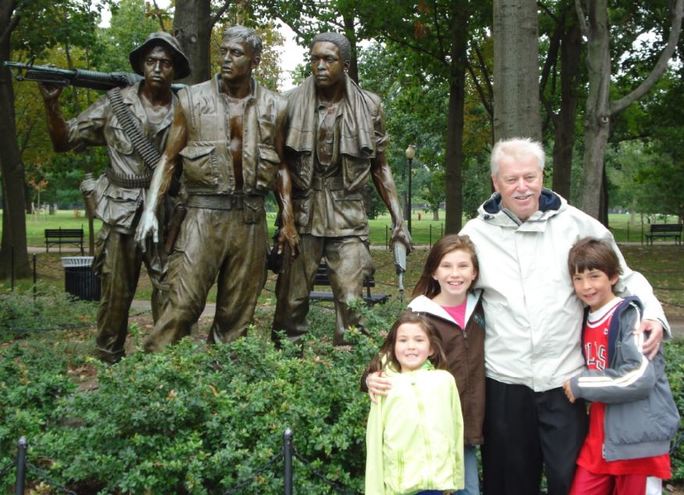 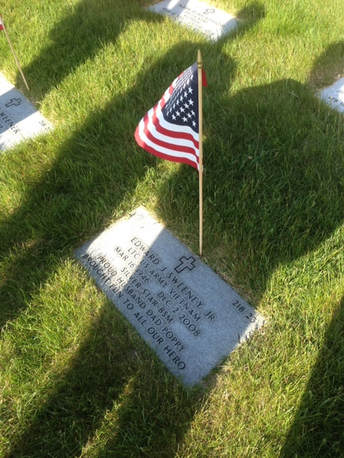 Sunday, December 07, 2008 11:22 AM
Ed, CharlieHorse 16, my Massachusetts Yankee with the North Carolina Smile. I'll never forget my first day walking into the scout hut and everyone (you, sparky, Gary, Walker, Spanky) stopped talking and looked at me. You said "hey look an FNG. welcome to the scout platoon want a beer" Of course I responded yes and Ed tossed me a hot Miller in the can. I said throwing it back "I don't drink hot beer" Well after the laughter stopped Ed said "you will by tommorrow after your first mission FNG." Ed was right as usual. That hot beer sure tasted good the next day. Ed from the first day we meet you and I bonded. A bond that has lasted over 39 years and will continue for an eternity. So save me a hot Miller in the can when we meet again. This time I won't throw it back. CharlieHorse 13
Dr. Matthew Ginailck, Jr. (Mt. Airy, MD)

*************
Sunday, December 07, 2008
If one is lucky you have a friend that transcends friendship. Conditions in Vietnam placed me under his leadership in 1970. I am a different person as a result of the friendship we developed living and flying together in Vietnam. Not only was he my friend, he was my platoon leader; for six months I was one of his Scout Pilots. We flew some of the most hazardous flights in Vietnam.
Ed taught me so much about both leadership and friendship. Interestingly, one is that you could effective lead and still be a friend. Sadly, many in the military and the business world think they are mutually exclusive. Sweeney proved them wrong!
In a world where it was easy to succumb to anxiety, fear and even depression, Sweeney taught by example the Serenity Prayer. He taught you to focus on what you had control of and to ignore what you couldn’t control. He taught you to have fun and even happiness in the face of constant danger and poor living conditions. Work hard, play hard was his life and life’s lesson.
He was an unselfish a person you could know. The day before he was to meet Ellen for R&R in Hawaii, he not only scheduled himself to fly, but to take the mission that we all knew would bring heavy enemy fire. Yep, it was one of those bad days and Sweeney was shot down. His engine was shot out and he crashed landed in their backyard. Sweeney got on his survival radio, and confirmed he was safely in a bomb crater next to his downed aircraft, but he could hear the shouts of the VC as they were searching the bamboo and nipa palm for them. Ed popped a smoke grenade and called for his Cobra to lay down fire and not to worry about how close it got to the smoke. The jungle swallowed the helicopter and the only visual the Cobra had was the smoke. Ed had to refresh it with more every several minutes as the old smoke grenade burned out and dissipated.
For over an hour Ed continued calling in Cobra fire around his smoke from a “chain” of Cobras called into maintain a curtain of fire around the bomb crater where he and his two door gunners were hugging the bottom. All this time the Cobras surrounded them with mini gun fire, rocket fired and flechette rocket fire. (Rockets armed with thousands of metal darts or nails that could penetrate the foliage surrounding them.). Finally, Ed called for a “cease fire” and called Scouts in to check his perimeter. They confirmed that the VC were either dead or gone; Ed and his crew were finally extracted. The Cobra pilot providing low level mini gun cover during the extraction observed Ed, climbing up the ladder dangling from the Huey, stop and empty his handgun into the jungle. Of course Ed made his two door gunners preceed him up the ladder.
He flew out the next morning for R&R, same old Ed (a few bruises and scratches) Yahooing and carrying on about meeting Ellen in the States, rubbing our noses with the fact that he would either be on the beach or in bed for the next 6 days!
By the way, when he got back a week later, we asked him how Ellen responded to his ass getting shot down the day before. As you would expect, his answered, “Why would I go telling her about that?” From that day forward the scout pilots forced him to start rotating the known dangerous missions and that he could no longer take more than his share.
Frank Glenn (Rockville, SC)

*************
Saturday, December 06, 2008 12:30 PM
Uncle Eddie,
Possibly the coolest guy I've ever known (besides Papa). I've looked up to you since I can remember. Humble warrior, I will NEVER forget you, and I miss you already.
The life of the party...always lit up the room. Thanks for the ride on your motorcycle and skiing at the Blue Hills. The treasures you sent us from Germany, I still have them and display them every Christmas. Thank you for my Aunt Ellen and Sean and Shannon, three of my favorites I might add. You and Aunt Ellen doing "The Bump" dance...none better! The excitement of hearing The Sweeneys were coming home!!! From where ever you guys were, and there was always a party! Tell Aunt Maureen and Nana I love them and miss them. A life way to short, but definately worth living. Well done Uncle Eddie. Our loss is Gods HUGE gain.
Sean Scannell (Foxboro, MA)

Ed, You redefined that very thin line between Saturday night and Sunday morning. Anhieser-Busch may have some distribution challenges past the pearly gates. But, I'm sure you will work something out with Saint Peter. So to this I say, "Bottoms up, Sir!"
Ellen, Sean, and Shannon,
Ed etched a little of his fabric into everyone he met. So, I guess it's time to go put on a funny hat and raise a glass. We stand with you in celebration of "Big Ed."
Very respectively, Mark
Mark Strobl (Highlands Ranch, CO)

*************
Friday, December 05, 2008:Hey Ed or Uncle Eddy or Godfather,When I was in grade school I had to write a paper on the topic of who a hero is, and who my hero was.  I wrote the paper about you and that has not changed.  I got the call from Dad here in LA at 2am when I was on my way home.  Out with friends. I began the night at The Sky Bar for a birthday party, then off to a live show with the band Camp Freddy at the Roxy, and finished the night at a club in Hollywood.  How perfect was that, I know you were proud.  You showed us all how to 'PARTY LIKE A ROCK STAR'!!All my love and I will see you soon,
Brian Scannell
*************