Our Flag's Daily Briefing
for Thursday, November 2, 2017
The Beacon of Honor - Awakens Our Flag ... to Inform and Inspire Citizens ...
TODAY'S FLAG STATUS: 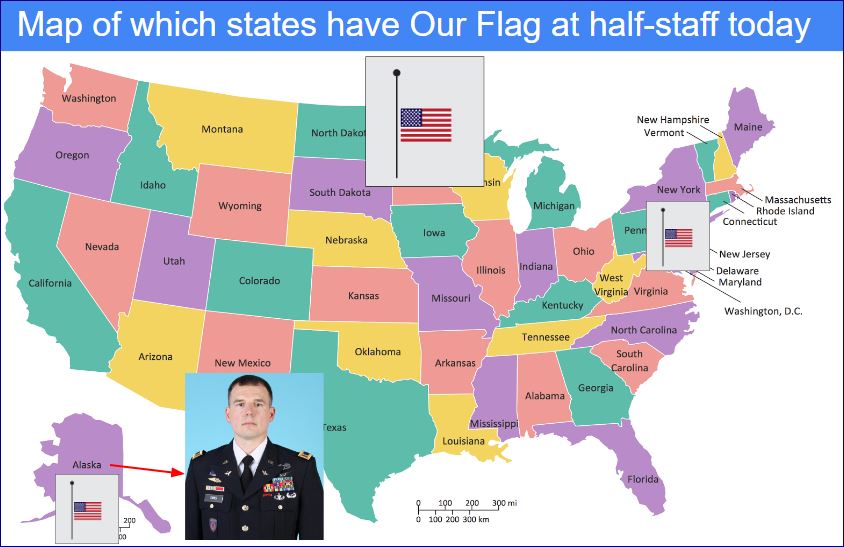 Across the USA, Our Flag flies at full staff except in New York and Alaska.  In New York the half-staff of Our Flag commemorates the 8 lives lost during Tuesday's vehicular terrorist attack.
Alaska's Governor ordered the U.S. and state flag to be put at half-staff until sunset on Thursday to commemorate Chief Warrant Officer2 Sims who died on October 27th in Logar Province, Afghanistan, when his helicopter crashed. Chief Warrant Officer Two Sims was assigned to the 4th Battalion, 160th Special Operations Aviation Regiment, Joint Base Lewis-McChord, Washington.
​​[Click here to learn more about today's half-staff honorees and verify the latest flag status for every state (courtesy of FlagNotify.com)]​
​​​
​TODAY'S REMINDER FROM OUR FLAG:
... the Dakotas admitted as states ... 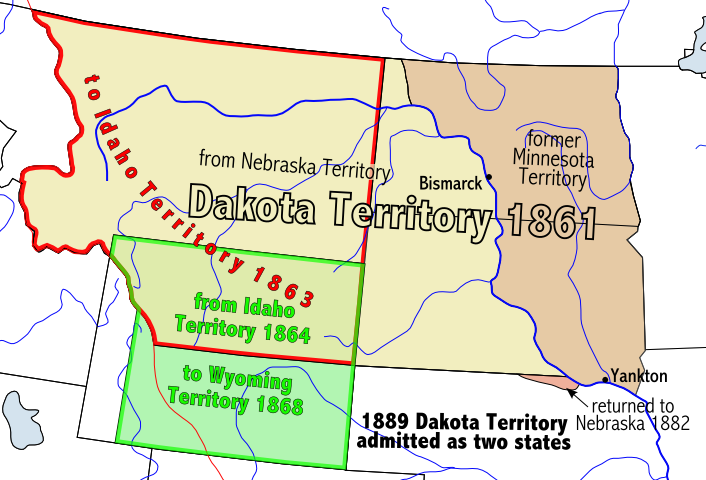 [ =public domain image ]
On this date in 1889, the Dakota Territory was divided into the states of North Dakota and South Dakota.  Two states instead of one were added to the Union because of the population centers for each state, Bismarck for North Dakota and Yankton for South Dakota, were so far apart and opposite of each other  (northwest and southeast corners of each state).  And nationally, Congress and the political parties wanted two states to add more seats to the U.S. Senate.  Bismarck continued as a population center and became the state capital for North Dakota.  While strangely, a city sitting in the middle of South Dakota became its state capital - Pierre.
​[Serving up a slice of Americana]
​[ ... an iconic 1980s TV show ... ]

[ album cover =public domain image ]
[ On this date in 1985, the Miami Vice soundtrack album, featuring the #1-hit theme song, topped the Albums chart in America, ushering in a new age of TV soundtracks ]