Our Flag's Daily Briefing
for Monday, October 16, 2017
The Beacon of Honor - Awakens Our Flag ... to Inform and Inspire Citizens ...
TODAY'S FLAG STATUS: 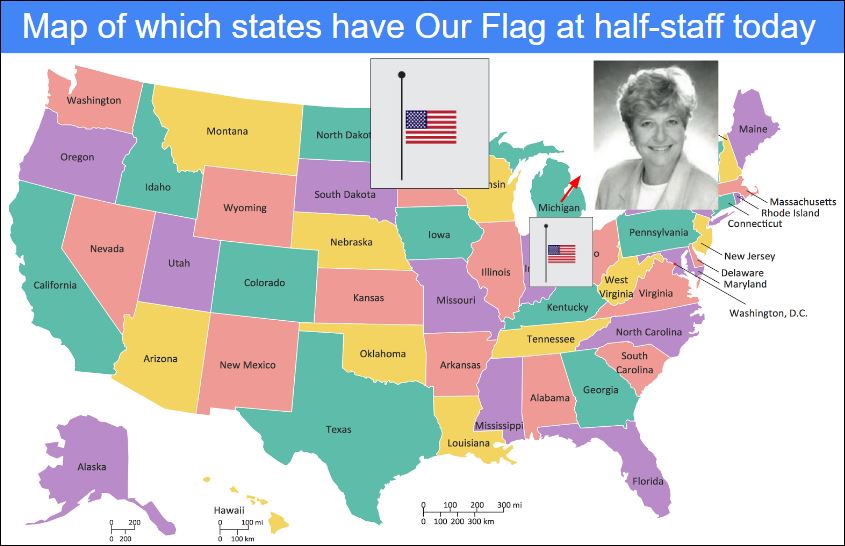 Across the USA, Our Flag flies at full staff, except in Michigan.  In MI, the Governor ordered all flags to half-staff to honor former MI State Representative Mary Schroer of Ann Arbor.
[CLICK HERE to find out more about her service to the state of Michigan]
​Also, in NC just the State Flag is at half-staff to commemorate, from Friday to Monday, two Department of Public Safety employees who died in the line of duty Thursday afternoon at Pasquotank Correctional Institution - Correctional Officer Justin Smith and Correction Enterprises Manager Veronica Darden.
​​[Click here to learn more about today's half-staff honorees and verify the latest flag status for every state (courtesy of FlagNotify.com)]​
​​​
​​[If you are using this page as part of your flag ceremony and you WANT TO GO BACK TO 'TODAY'S FLAG CEREMONY' NOW.
​Then, CLICK HERE to return.]
​​
​TODAY'S REMINDER FROM OUR FLAG:
... World Food Day ...

[ public domain image ]
October 16th is World Food Day.  At the 2017 World Food Day, the Director-General of FAO (Food and Agriculture Organization of the United Nations) will be joined by Pope Francis and Ministers of Agriculture attending the Group of Seven (G7) meetings for the official ceremony on 16 October at FAO Headquarters. For the first time, the Pope will attend in person and call on the international community to change the future of migration. The presence of the G7 Ministers of Agriculture will be testament to the important link between food security, rural development and migration on the FAO's agenda.
[ CLICK HERE to learn more about the UN's World Food Day activities ]
​[If you are using this page as part of your flag ceremony and you WANT TO GO BACK TO 'TODAY'S FLAG CEREMONY' NOW.
​Then, CLICK HERE to return.]
​
​TODAY'S FALLEN SERVICE MEMBER COMMEMORATION
powered by: 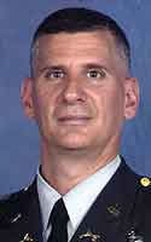 Army Lt. Col. Kim S. Orlando
Died October 16, 2003 Serving During Operation Iraqi Freedom
43, of Tennessee; commanding officer of the 716th Military Police Battalion, 101st Airborne Division (Air Assault), based in Fort Campbell, Ky.; killed while attempting to negotiate with armed men who were congregating on a road near a mosque after curfew on Oct. 16 in Karbala, Iraq. Also killed in the attack were Staff Sgt. Joseph P. Bellavia and Cpl. Sean R. Grilley. Seven other U.S. soldiers were wounded.
[summary courtesy of Military Times' Honor the Fallen website]
​​
We honor and thank Kim Orlando for defending our freedoms and fighting to liberate the lives of others.
GO TO to this Military Times 'Honor the Fallen' article to honor him and learn about his life and family
[If you have not already gone back, now is the time to GO BACK TO 'TODAY'S FLAG CEREMONY'.
​CLICK HERE to return.]
​[Serving up a slice of Americana]
[ ​... the Father of the Dictionary ... ] 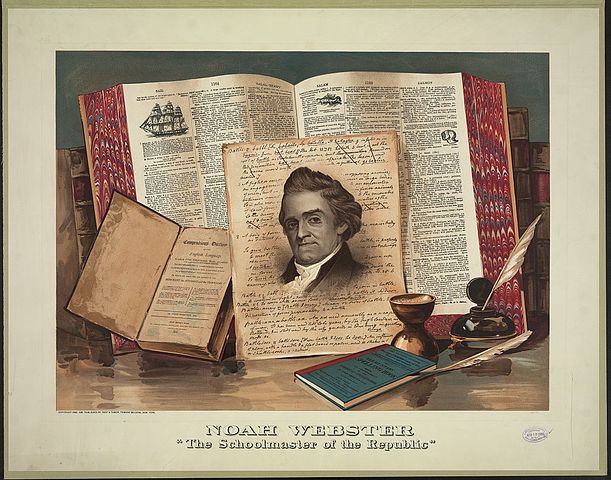 [ On this date in 1758, American teacher and journalist Noah Webster (1758-1843) was born in West Hartford, Connecticut. His name became synonymous with "dictionary" after he compiled the first American dictionaries of the English language. = public domain image ]