Our Flag's Daily Briefing
for Saturday, October 14, 2017
The Beacon of Honor - Awakens Our Flag ... to Inform and Inspire Citizens ...
TODAY'S FLAG STATUS: 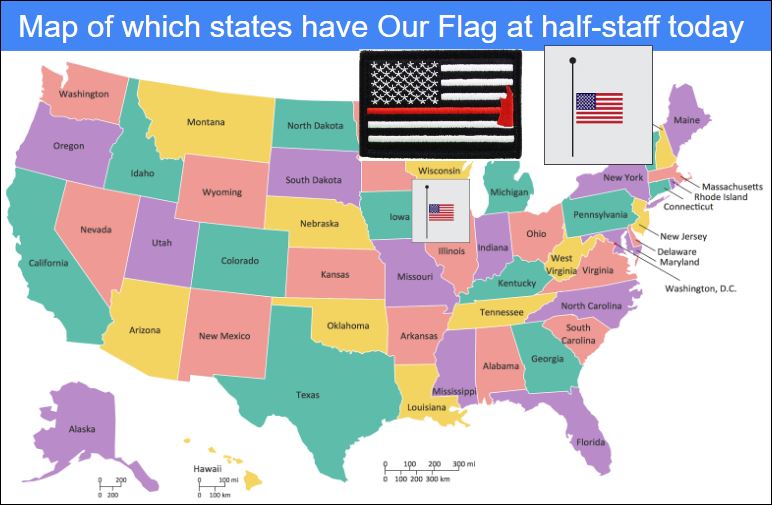 Across the USA, Our Flag flies at full staff, except in Wisconsin.  In WI, the half-staff honors the Firefighters of this State Who Have Given Their Lives in the Line of Duty.
​Also, in NC just the State Flags are at half-staff to commemorate two Department of Public Safety employees who died in the line of duty Thursday afternoon at Pasquotank Correctional Institution - Correctional Officer Justin Smith and Correction Enterprises Manager Veronica Darden.
​​[Click here to learn more about today's half-staff honorees and verify the latest flag status for every state (courtesy of FlagNotify.com)]​
​​​
​​[If you are using this page as part of your flag ceremony and you WANT TO GO BACK TO 'TODAY'S FLAG CEREMONY' NOW.
​Then, CLICK HERE to return.]
​​
​TODAY'S REMINDER FROM OUR FLAG:
... One tough ( President ;) dude  ... 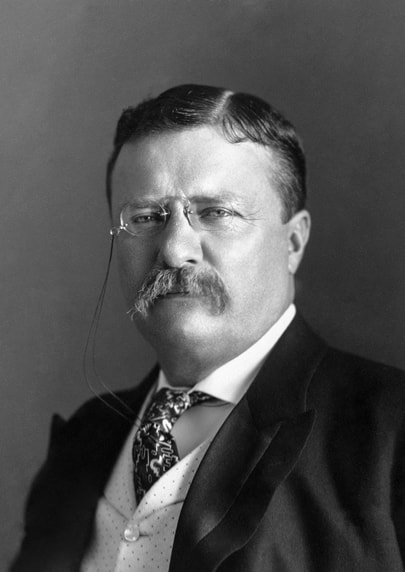 [ public domain image ]
On October 14th of 1912, former President Theodore Roosevelt was shot while campaigning in Milwaukee, Wisconsin.  The bullet lodged in his chest after penetrating his steel eyeglass case and passing through a thick (50 pages) single-folded copy of the speech titled "Progressive Cause Greater Than Any Individual", which he was carrying in his jacket.  Roosevelt, as an experienced hunter and anatomist, correctly concluded that since he was not coughing blood, the bullet had not reached his lung, so he did not go to the hospital immediately. Instead, he delivered his speech with blood seeping into his shirt.  His opening comments to the gathered crowd were, "Ladies and gentlemen, I don't know whether you fully understand that I have just been shot, but it takes more than that to kill a Bull Moose."  He spoke for 90 minutes and then got medical attention.  Afterwards, probes and an x-ray showed that the bullet had lodged in Roosevelt's chest muscle, but did not penetrate the lungs. Doctors concluded that it would be less dangerous to leave it in place than to attempt to remove it.  So, Roosevelt carried the bullet with him for the rest of his life.
​[If you are using this page as part of your flag ceremony and you WANT TO GO BACK TO 'TODAY'S FLAG CEREMONY' NOW.
​Then, CLICK HERE to return.]
​[Serving up a slice of Americana]
​[ ... Breaking the Sound Barrier ... ] 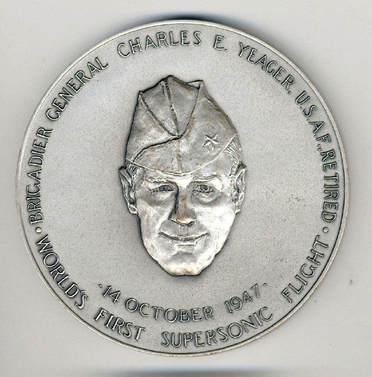 [ On this date in 1947, then Captain Chuck Yeager, flying in the Bell X-1 "Glamorous Glennis," became the first person to fly faster than the speed of sound. He "broke the sound barrier." =public domain image ]