Our Flag's Daily Briefing
for Friday, September 29, 2017
The Beacon of Honor - Awakens Our Flag ... to Inform and Inspire Citizens ...
TODAY'S FLAG STATUS: 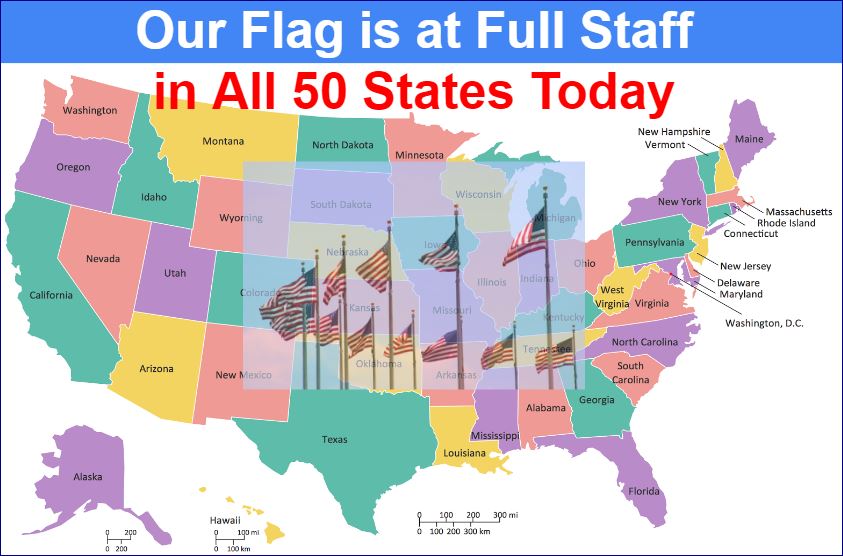 Across the USA, Our Flag flies at full staff.
​​[Click here to learn more about today's half-staff honorees and verify the latest flag status for every state (courtesy of FlagNotify.com)]​
​​​
​​[If you are using this page as part of your flag ceremony and you WANT TO GO BACK TO 'TODAY'S FLAG CEREMONY' NOW.
​Then, CLICK HERE to return.]
​​
​TODAY'S REMINDER FROM OUR FLAG:
... the end of World War I is in sight ... 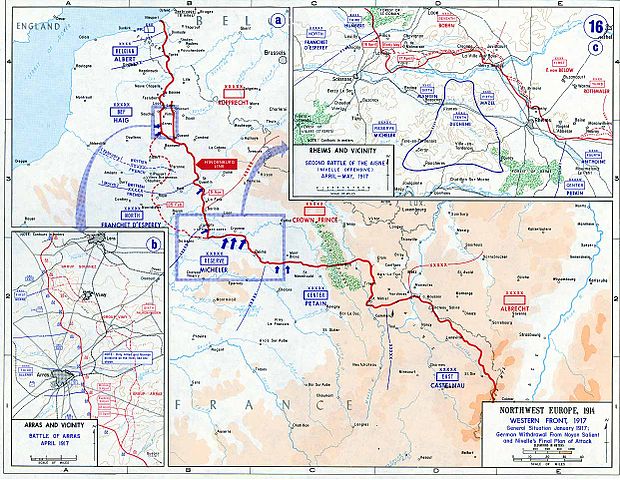 [ "The Western Front" - designated by the red line was also known as the HIndenburg Line = public domain image ]
On this date, September 29, 1918, during the Battle of Saint Quentin Canal, the Allied forces (French, British, and American troops) finally break through the Hindenburg Line.
The Hindenburg Line was a German defensive line and fortifications built from 1916 to 1917 along the World War I "Western Front".  It was intended to help the Germans keep the Allies out of the territories the Germans had acquired within Belgium and France.  It took many battles and heroic efforts, but finally in September of 1918, just 2 months before the war would end, the Allies finally broke through this defensive line and began their march on to victory in World War I.
​[If you are using this page as part of your flag ceremony and you WANT TO GO BACK TO 'TODAY'S FLAG CEREMONY' NOW.
​Then, CLICK HERE to return.]
​
​TODAY'S FALLEN MEMBER SERVICE COMMEMORATION
powered by: 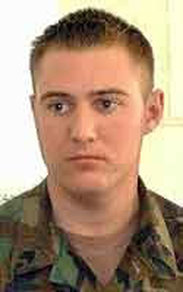 [summary courtesy of Military Times' Honor the Fallen website]
​​
We honor and thank Darrin Potter for defending our freedoms and fighting to liberate the lives of others.
Go to this Military Times 'Honor the Fallen' article to honor him and learn about his life and family
[If you have not already gone back, now is the time to GO BACK TO 'TODAY'S FLAG CEREMONY'.
​CLICK HERE to return.]
​[Serving up a slice of Americana] 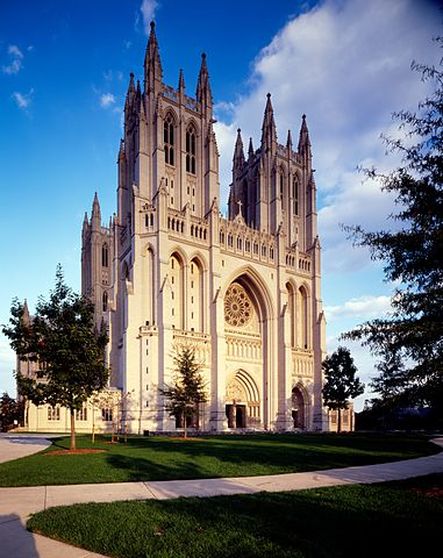 [ On this date in 1907, the cornerstone is laid for the National Cathedral in Washington, D.C.. One of the most famous events in this cathedral was the President Reagan's funeral service = public domain image ]