Our Flag's Daily Briefing
for Tuesday, September 19, 2017
The Beacon of Honor - Awakens Our Flag ... to Inform and Inspire Citizens ...
TODAY'S FLAG STATUS: 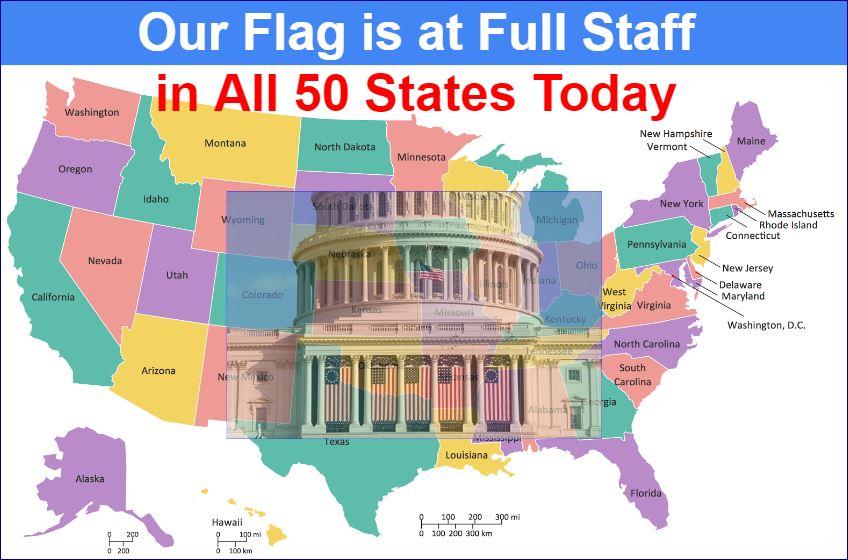 Across the USA, Our Flag flies at full staff.
​​[Click here to learn more about today's half-staff honorees and verify the latest flag status for every state (courtesy of FlagNotify.com)]​
​​​
​​[If you are using this page as part of your flag ceremony and you WANT TO GO BACK TO 'TODAY'S FLAG CEREMONY' NOW.
​Then, CLICK HERE to return.]
​​
​​
​TODAY'S REMINDER FROM OUR FLAG: 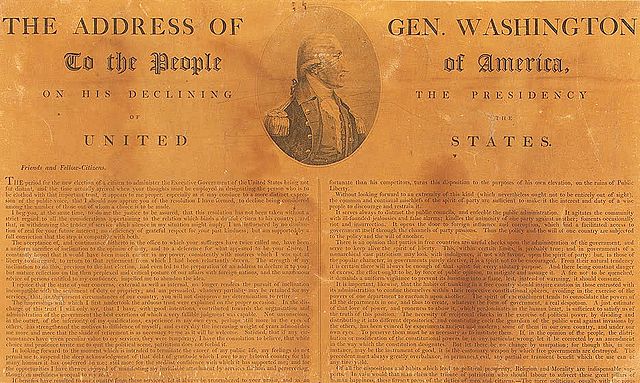 [President Washington's Farewell Address = public domain image]
On this date, September 19, 1796, President George Washington declined serving a third presidential term.  Washington's Farewell Address was published in the American Daily Advertiser for all to read on that date.  Most of the written speech was about: 1) how different political party views could affect the nation's unity, and 2) avoiding permanent alliances with foreign countries so America could maintain its independence and grow as a country without foreign influences.  James Madison wrote an early draft, but this version was mostly written by Alexander Hamilton.
​[If you are using this page as part of your flag ceremony and you WANT TO GO BACK TO 'TODAY'S FLAG CEREMONY' NOW.
​Then, CLICK HERE to return.]
​
​TODAY'S COMBATANT KILLED IN ACTION (KIA) COMMEMORATION
powered by: 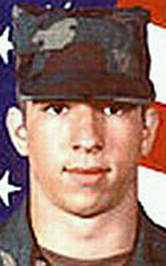 [summary courtesy of Military Times' Honor the Fallen website]
​​
We honor and thank Brandon Adams for defending our freedoms and fighting to liberate the lives of others.
Go to this Military Times 'Honor the Fallen' article to honor him and learn about his life and family
[If you have not already gone back, now is the time to GO BACK TO 'TODAY'S FLAG CEREMONY'.
​CLICK HERE to return.]
​[Serving up a slice of Americana] 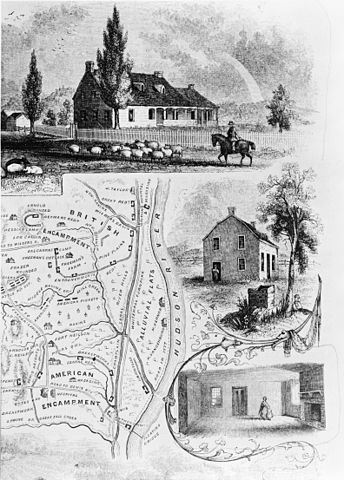