Our Flag's Daily Briefing
for Wednesday, September 6, 2017
The Beacon of Honor - Awakens Our Flag ... to Inform and Inspire Citizens ...
TODAY'S FLAG STATUS: 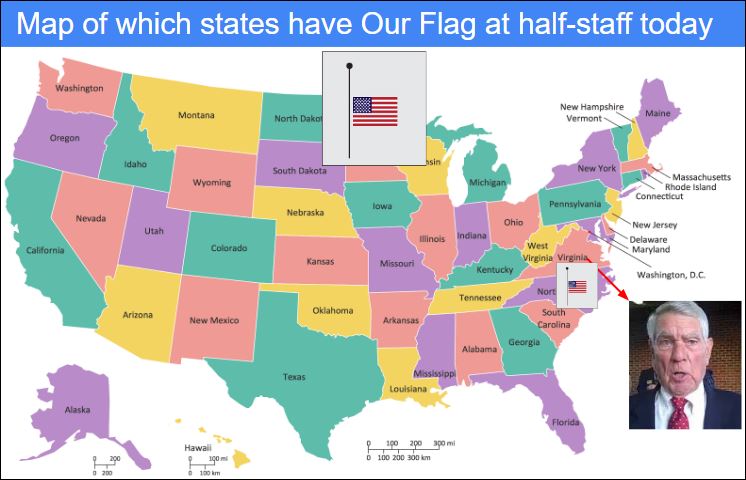 Across the USA, Our Flag flies at full staff, except in Virginia.
Virginia's half-staff pays tribute to former Virginia Delegate Lacey Edward Putney.  He served in the Virginia House of Delegates for an incredible 52 years (from January 1962 until January 2014), making him the longest-serving member in the history of the Virginia General Assembly.

​​[Click here to learn more about today's half-staff honorees and verify the latest flag status for every state (courtesy of FlagNotify.com)]​​​​
​​[If you are using this page as part of your flag ceremony and you WANT TO GO BACK TO 'TODAY'S FLAG CEREMONY' NOW.
​Then, CLICK HERE to return.]
​​
​​
​TODAY'S REMINDER FROM OUR FLAG: 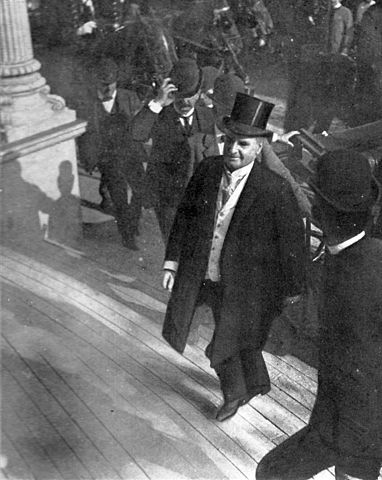 Last photo of McKinley - just moments before being shot [public domain image]
William McKinley (January 29, 1843 – September 14, 1901) was the 25th President of the United States from March 4, 1897 until his assassination on September 6, 1901, six months into his second term. McKinley led the nation to victory in the Spanish–American War, raised protective tariffs to promote American industry, and maintained the nation on the gold standard.
McKinley was the last president to have served in the American Civil War, and the only one to have started the war as an enlisted soldier, beginning as a private in the Union Army and ending as a brevet major. ​

On  September 6, 1901, while speaking to crowd of 50,000+ at a fairgrounds, Leon Czolgosze, an anarchist (someone who hated government) shot McKinley twice in the abdomen.  President McKinley died 8 days later, on September 14, 1901, and Theodore Roosevelt was sworn-in as President.​

[courtesy / adapted from Wikipedia entries]
​[If you are using this page as part of your flag ceremony and you WANT TO GO BACK TO 'TODAY'S FLAG CEREMONY' NOW.
​Then, CLICK HERE to return.]
​
​TODAY'S COMBATANT KILLED IN ACTION (KIA) COMMEMORATION
powered by: 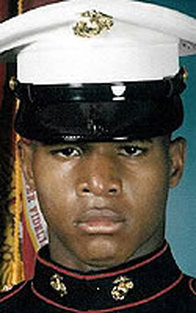 [summary courtesy of Military Times' Honor the Fallen website]
​​
We honor and thank Lamont Wilson for defending our freedoms and fighting to liberate the lives of others.
Go to this Military Times 'Honor the Fallen' article to honor him and learn about his life and family

[If you have not already gone back, now is the time to GO BACK TO 'TODAY'S FLAG CEREMONY'.
​CLICK HERE to return.]
​[Serving up a slice of Americana
... with a french twist ...] 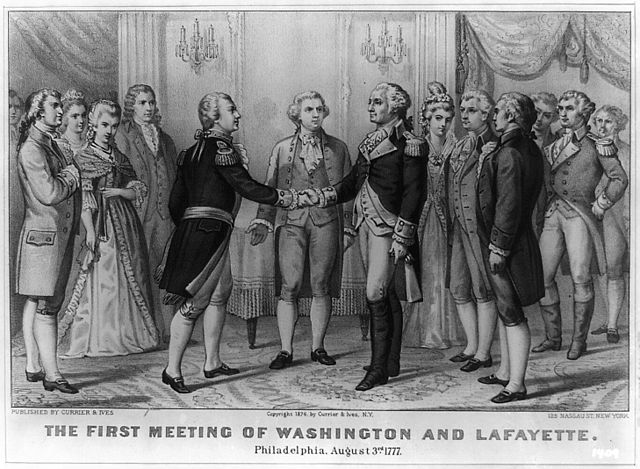 [public domain image]
[On this date in 1757, Marquis de Lafayette (1757-1834) was born in France. He came to America in 1777 to volunteer in the American Revolution and became a long-time friend of George Washington.  Lafayette was given command of an army in Virginia with which he forced British General Cornwallis to surrender at Yorktown, leading to the ultimate American victory and end of the war.]